All of the above games were specifically chosen because they only required DX9 support. Now, Parallels touts their game playing ability, and even goes as far to list a number of DX10 games that work. We didn’t want to just take their word for it.

Just for kicks, we forced ourselves to play one of the DX10 games. I know, I know – it’s a tough job, but someone’s got to do it. F1 Race Stars only supports Direct X 10 and 11, so it wouldn’t play on VMware Fusion at all, but it did play on Parallels Desktop 8. While it’s very hard to get a screen shot while playing the game (and I keep telling myself that’s why the screen shot shows 12th place), the game was very playable and a completely solid experience (we played it on the MacBook Pro Retina and gave the game vm 2 GB of RAM). All the graphics were as they should be (no artifacts), and the game was smooth. Definitely a ton of fun to play. 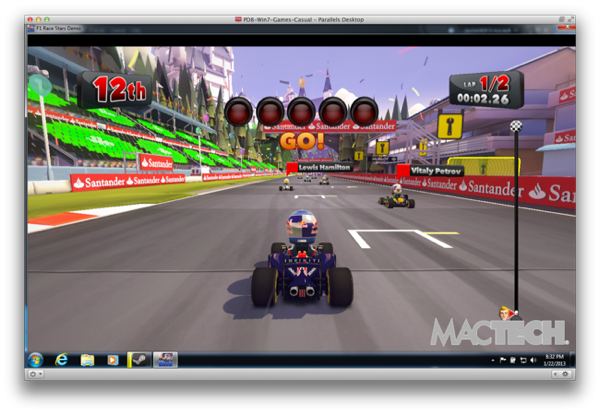 The problems with remnants and such we saw in other places as well in VMware Fusion. For example, in the screen shot shown, VMware Fusion running Internet Explorer in Windows 8 had issues with stray boxes and lines. 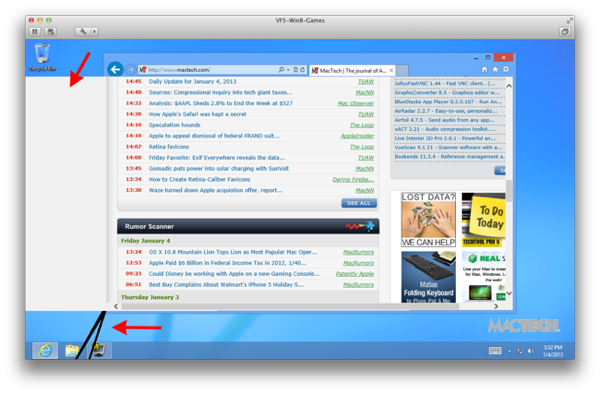 If graphics are important to you in virtualization, you may want to consider which model of Mac you use. As you can see from the chart, the MacBook Pro Retina, and the Mac Pro remain the best. However, all of the models work. The only one that struggled was the MacBook Air presumably due to its lightweight graphics hardware. 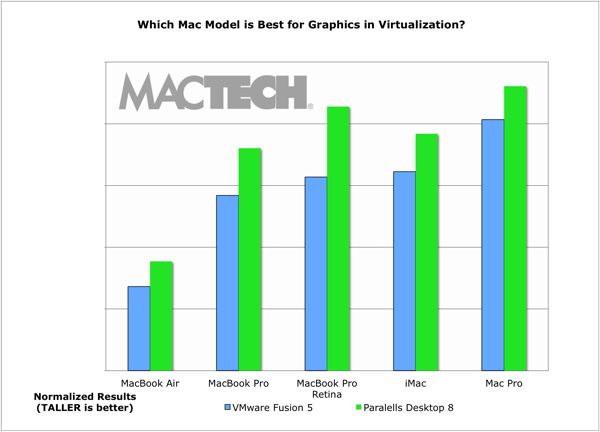 Reminder, the iMac we tested with was the “Late 2011” model, which since it’s what was available when we began testing. The newer iMac has additional options for graphics cards and if you take advantage of the higher end graphics cards, we would expect to see iMac graphics rival the Mac Pro and exceed the MacBook Pro Retina.