Once again I’m gazing into my crystal ball to foresee what I see coming from Apple in the year ahead. Just remember: this is all for fun and I have no insider info, so these predictions are based on nothing but my experience and gut feelings.

Prediction one: The iPhone will come to Verizon at long last. Yes, it will actually happen by March.

Prediction 2: The second gen iPad will appear before the end of March. It will have a camera for FaceTiming, but NOT a second camera for taking photos; as svelte as it is, the iPad is too bulky to use as a camera. Speaking of size, there’ll be no 7-inch iPad. The 9.7-inch version will sport a slightly tweaked form factor and a micro-USB slot. There may be a 128GB version (at least I’m hoping so).

Prediction 3: The iPod line-up will be overhauled in the second or third quarter. At long last the classic will disappear from the line-up. I also think the shuffle will vanish as well, replaced by a 4GB nano as Apple streamlines its iPod line-up to just two models: the iPod touch and the iPod nano. We’ll also see a 128GB iPod touch.

Prediction 4: The iPhone 5 will arrive in the summer will Near Field Communication (NFC) capabilities, allowing it to function with mobile payment options. The next gen iPhone will also let you output 720p (and perhaps 1080i) video and sport a 1.5GHz A4 processor and 4G network support. There will also be a 64GB version. Oh yes: the iPhone 5 will place the antenna behind the Apple logo.

Prediction 5: The Apple TV will get its own app store. The big push on the store will be games. You’ll be able to use your iPhone, iPod touch or iPad as a game controller. Or, if Apple is really ambitious, it might push the Apple TV as a gaming device and release its own controllers (though I doubt this will happen).

Prediction 6: MobileMe will get a major overhaul. I think it will somehow tie into iTunes streaming (which we’ll see at long last), iWork.com (which will FINALLY come out of beta) and the ginormous data storage facility Apple is building in North Carolina.

Prediction 7: iWork ’12 will debut along with the Mac App Store. By the way, the latter will, not surprisingly, be a big success.

Prediction 8: Mac OS X Lion will also be a big success, though controversial upgrade. Apple will include more iOS features than CEO Steve Jobs and crew demoed at October’s “Back to the Mac” event — and this will lead some folks to blast Apple for “dumbing down” the Mac.

Prediction 9: Pretty much the whole Mac line-up will see some major overhauls. Sandy Bridge chips will arrive. Except for the Mac Pro (which will finally get a re-design), Apple laptops, the iMac and maybe the Mac mini will have MacBook Air-type offerings. In other words, they’ll be stripped down models with no more than 256GB of storage (offered in solid state drives). Apple will encourage users who buy these models to buy SuperDrives if they need optical drives and external hard drives for more storage needs. Since we probably won’t see Light Peak until late 2011 or early 2012, Apple will add USB 3.0 support to the Mac line-up by mid-2011 to accommodate some of those external drives.

Prediction 10: we WON’T see Macs with Blu-ray support, a built-in TV tuner or screens bigger than 27 inches (thought I’d love to be proven wrong on all these counts). We also won’t see an Apple-branded HDTV. 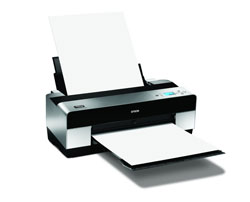 Stylus Pro 3880 hard to beat in its category