Remote Conductor for iPad lets you control your Mac

Remote Conductor communicates over Wi-Fi with a free server program that runs on the Mac. The trackpad supports most modern multi-touch features such as left and right clicking, scrolling and dragging. It also has gestures for bringing up Expose, Spaces or the Dashboard.

The Launcher allows programs on the Mac to be started just like apps on the iPad. It also displays icons pinned to the Mac’s dock as a scrollable row at the bottom of the screen. The Application/Window Switcher displays all the Mac’s open windows as thumbnails in a scrollable grid. Any individual window can be focused and raised to the front by tapping on a thumbnail. This feature is unique to Remote Conductor, according to m3me co-founderJohn Marshall. “Remote Conductor allows you to leverage your iPad’s large touchpad and stunning display to use your Mac more effectively.”

Remote Conductor is compatible with iPad with iOS 3.2 or later and Mac OS X 10.6 or higiher. It costs $9.99 and available at the Apple App Store. 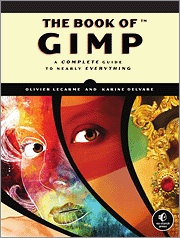 Another reason to not dismiss the Mac: money