Boost your iPhone Apps with iPhone Bootcamp in
Frankfurt, December 8-12, 2008 Big Nerd Ranch
Europe, premier provider of week-long, intensive
training classes for programmers, web developers
and system administrators, announces an
additional new date for its leading iPhone
Bootcamp. December 8-12, 2008 is the next
opportunity to learn iPhone development from
scratch at the distraction free environment of
Kloster Eberbach, near Frankfurt, Germany.

Students signing up at least five weeks before
the class starts apply for the early bird price
and save Euro 200.

Since its release in 2007 the iPhone created an
immense interest in the new mobile device and a
desire on the part of innovative developers and
companies to begin creating applications for it.
With the new iPhone G3 and recent software
updates the number of applications for the iPhone
exploded. iPhone development is getting even more
exciting, now, that Apple decided to drop the
non-disclosure agreement and let developers share
their knowledge and experience.

iPhone Bootcamp instructor Alexander von Below
has honed his skills as a Mac software engineer,
developer and trainer in over twenty years. His
work experience as a senior developer inspired
him to develop his consulting work for various
companies in the Mac industrie. He wastes no time
immersing students in iPhone training.

The course requires no previous experience in
coding in Objective-C or for the Mac or the
iPhone, but students attending the bootcamp
should be familiar with C and an object-oriented
language like Java or C++. The class is taught on
the latest releases of Mac OS X and Xcode.

After class, novice students will understand the
integral components of iPhone development and
emerge fully skilled in the ability to develop
complex applications for the iPhone and iPod
touch. Key topics include, but are not limited to:

– Drawing with Quartz and OpenGL and making
graphics move with Core Animation (CALayer) –
Dealing with multi-touch events, displaying text,
and getting input from the keyboard – Using
toolbars and view controllers to create
applications with multiple views – Accessing
telephony and web services, and accessing the
camera function – Using the accelerometer,
dealing with orientation, and using Core Location
to determine user location – Getting and creating
contacts and events for contacts and the calendar
– Using TableView to create custom table view
cells and SQLite to store and retrieve data

“For companies and developers to retain a
competitive edge, leveraging the power of iPhone
is no longer a future opportunity, it is an
immediate priority,” said Aaron Hillegass, Big
Nerd Ranch founder. “The development industry has
always been fast-paced, but iPhone pushes it into
warp-speed. As iPhone’s market grows domestically
and internationally and as the exclusivity
contract with AT & T in US markets comes to a
close, programmers will be expected to be as
fluent in Cocoa-touch as they once were in C. And
the Big Nerd Ranch will give them the training
they need to get there.”

The Big Nerd Ranch incorporates intensive
training classes for Unix and Mac OS X
programmers in a retreat setting outside
Frankfurt, Germany. Class price of ¤2800 includes
lodging, all meals, original instruction
materials, 24-hour lab access, and transportation
to and from the Frankfurt airport. Students are
encouraged to bring independent projects to
class, allowing for input from classmates and
individual instructor attention. For more
information, call +49 (931) 9911-485 or visit
www.bignerdranch.com.

Win ‘Your Complete Mac Life’ at a local Apple Specialist

‘iPod: The Missing Manual’ up to ninth edition 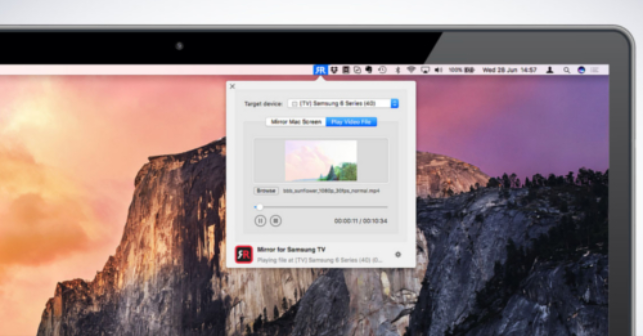 Mirror for Sharp TV available for the Mac