(1) HyperNext Creator builds cross-platform applications and stacks,
and has just a design window, toolbar and mode switcher. Its three
modes of Design, Preview and Run make it easier for novice
programmers to get started.

(2) HyperNext Developer builds plugins/libraries for HyperNext
Creator and allows users to extend the functionality of Creator with
their own or 3rd party plugins.

(3) HyperNext Player is freeware and runs stacks created by HyperNext
Creator. Stacks are a good way to distribute software as they can be
quite small and yet still provide the full functionality of a
standalone application. There are versions HyperNext Player for
Macintosh OS X & OS 9 and Windows XP. 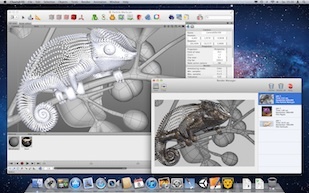