Apple has filed for another patent (number 20230004231) for an “Apple Ring.” This one is dubbed “Sensors for electronic ring devices.”

In the patent filing, Apple notes that electronic devices such as computers can be controlled using computer mice and other input accessories. In virtual reality systems, force-feedback gloves can be used to control virtual objects. Cellular telephones may have touch screen displays and vibrators that are used to create haptic feedback in response to touch input.

However, devices such as these may not be convenient for a user. For example, computer mice generally require flat surfaces for operation and are mostly used with desktop computers in fixed locations. Force-feedback gloves can be cumbersome and uncomfortable. Touch screen displays with haptic feedback only provide haptic output when a user is interacting with the displays.

An “Apple Ring” could bbe used alone or in pairs and work in tandem with an Apple Pencil. It could be used with the rumored “RealityPro,” an augmented reality/virtual reality headset. Or it could be used to control a Mac.

Here’s Apple’s abstract of the patent filing: “A system may include one or more finger-mounted devices such as finger devices with U-shaped housings configured to be mounted on a user’s fingers while gathering sensor input and supplying haptic output. The sensors may include strain gauge circuitry mounted on elongated arms of the housing. When the arms move due to finger forces, the strain gauge circuitry can measure the arm movement. 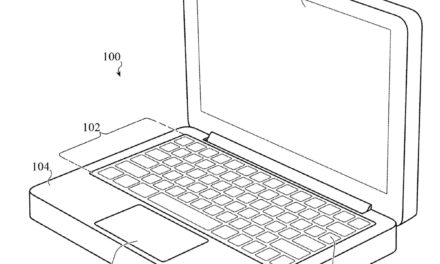 Browser autofill data can be phished; how to stay safe