MediaTek and Qualcomm “will have to think more about whether to follow in the footsteps of Apple to have their mobile SoCs fabricated by TSMC using 3nm process technology in 2023, given the high production cost and still unclear sales prospects for Android,” according to a report by DigiTimes (a subscription is required to read the entire article).

From the report: Qualcomm and MediaTek, however, have not yet made a clear decision on whether to join the 3nm camp this year, despite both hoping to keep up with Apple’s process upgrade for their flagship mobile SoCs, the sources continued.

The sources stressed that uncertain market outlook for non-Apple handsets and 3nm manufacturing cost already exceeding US$20,000 per wafer are likely to deter both handset AP specialists from launching 3nm SoCs later in the year.

Apple manufacturing partner, TSMC, held a ceremony at Fab 18 at the Southern Taiwan Science Park (STSP) on December 29 to mark the start of commercial production of chips using 3nm process technology. The first of the chips could be used in the next rev of the MacBook Pro.

The M2 Pro chip may appear in the laptops and be the first to use TSMC’s advanced 3nm process. Apple’s A17 Bionic chip for next year’s iPhone 15 Pro models and the M3 chip, suitable for future MacBook Air and 13-inch MacBook Pro models, are also rumored to be manufactured based on TSMC’s 3nm process.

In his July 17 Power On newsletter, Bloomberg’s Mark Gurman said Apple wants to debut new MacBook Pros with M2 Pros and M2 Max chips in fall 2022. That didn’t happen, but they’re anticipated to be unveiled in early 2023. 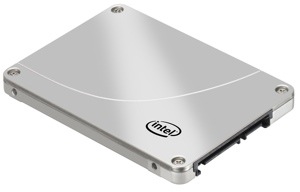