In June Apple and Major league Soccer (MLS) announced that the Apple TV app will be the exclusive destination to watch every single live MLS match beginning in 2023. Now MLS has announced the complete 2023 MLS regular-season schedule, highlighted by the inaugural campaign of the league’s 29th club, St. Louis CITY SC. The full MLS schedule can be found on mlssoccer.com/schedule.

The 2023 season will also see the debut of MLS Season Pass, the subscription service from Apple and Major League Soccer that will have every match of the MLS regular season, Audi 2023 MLS Cup Playoffs, and Leagues Cup — all in one place and with no blackouts. Apple says that with MLS Season Pass, fans can enjoy every MLS match on billions of devices through the Apple TV app on Apple devices, smart TVs, streaming devices, set-top boxes, and game consoles, and the web at tv.apple.com. MLS Season Pass will launch on February 1, 2023. 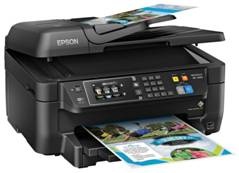