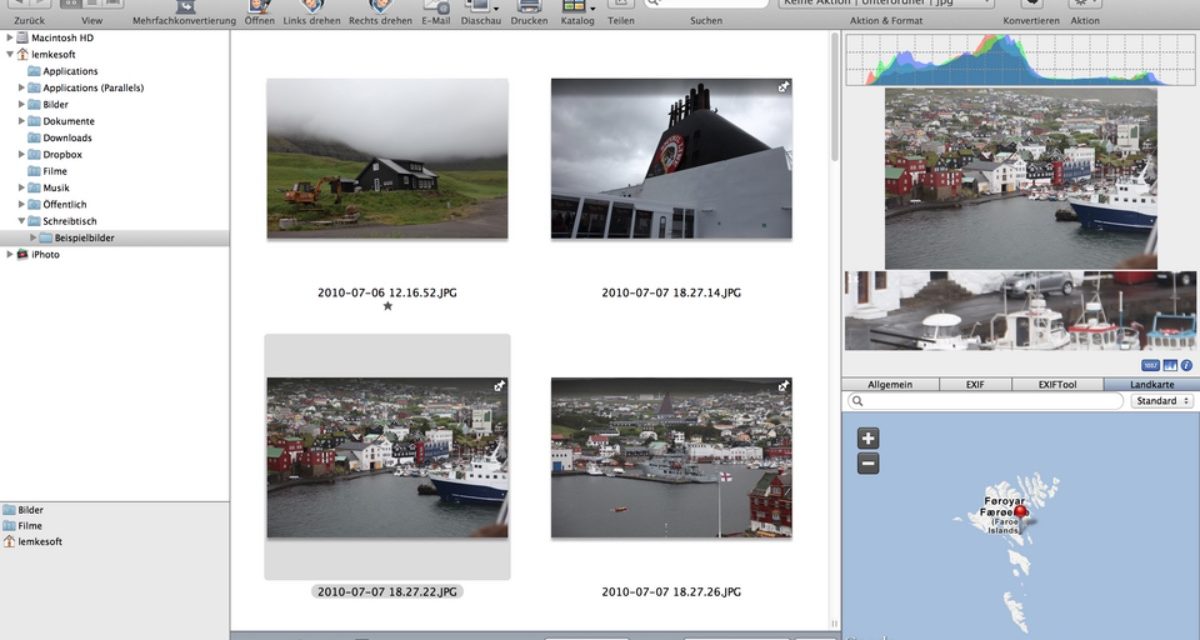 Lemke Software has announced GraphicConverter 11.5.4, an update to its image editing utility for macOS.

GraphicConverter converts any of over 200 graphic file formats to one of more than 90 other graphic formats. Version 11.5.4 brings several new and updated features, including a new Black and White adaptive threshold effect, red eye correction and removal, enlarge and paste, and more.

Graphic Converter 11.5.4 requires macOS 10.9 or higher. It costs US$39.95 and is available worldwide through the Mac App Store in the Graphics and Design category. It can also be directly purchased online from the Lemkesoft website.

Upgrades from older versions of GraphicConverter are available for $25.95. The upgrade is free for all customers of version 11.0. A demo can be downloaded from the Lemkeoft website.

Parallels has announced a new version (5.1) of Parallels Toolbox for macOS users.

There are two versions of Parallels Toolbox: one for Mac and the other for Windows. The new Mac tool is CPU temperature. This tool tells you the temperature of each of the CPU cores on your Mac, and also lists the fan speeds cooling off these cores.

Parallels Toolbox 5.1 is a free update for users that pay $19.99 yearly for the software.

Zevrix Solutions has released InPreflight 3.0.14, a maintenance update to the company’s document preflight and collection solution for Adobe InDesign.

InPreflight is an all-in-one tool to check InDesign documents for errors, package multiple files for output, and ship them to final destination. InPreflight 3 adds several new features and improvements. For example, it adds support for the recently released InDesign 2022 and macOS Monterey.

InPreflight 3 can be purchased from the Zevrix website for $99.95. A demo is available for download. Licensed users of earlier versions can upgrade to InPreflight 3 for $50. InPreflight 3 requires macOS 10.12-12.x and Adobe InDesign CS6-2022.

Quarter Til 2 introduces LucidTime for the Mac

Apple Teams Up With 15 Car Cos & Deliver Seamless iPod Experience