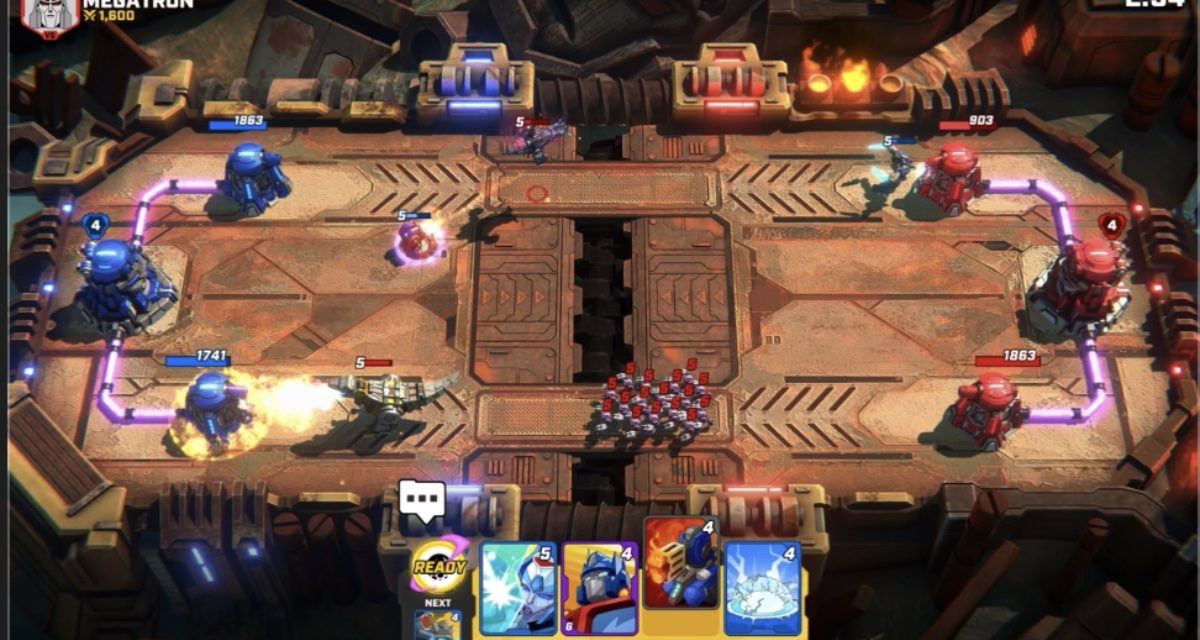 Transformers Tactical Arena is now available on Apple Arcade, Apple’s U.S.$4.99/month or $49.99/year game streaming service that has over 200 games. It will be available for the iPhone, iPad, Apple TV, and the Mac. Apple Arcade is also available as part of the Apple One bundle.

Assemble a team of all your favorite Transformers! Battle your way through the ranks of competitive Arenas in this real-time PvP strategy game! Unlock new cards, master their unique abilities, and evolve your strategy to gain a competitive advantage. With dozens of familiar characters, powerful structures, and an arsenal of tactical support units at your disposal, no two battles are alike.

• Battle in real time with players around the world!

• Collect and level up your favorite Transformers!

• Build your squad to suit your personal strategy!

• Legendary cards can be played two different ways – evolve your strategy in real-time!

• Compete against others in 1v1 real-time matches to climb the ranks and unlock new arenas!

• Utilize unique Prime Abilities to turn the tides of a battle!

• Customize gameplay by choosing from music tracks and classically-themed emotes!

Transformers Tactical Arena is a multiplayer game for ages nine and up up. It has gamepad support.