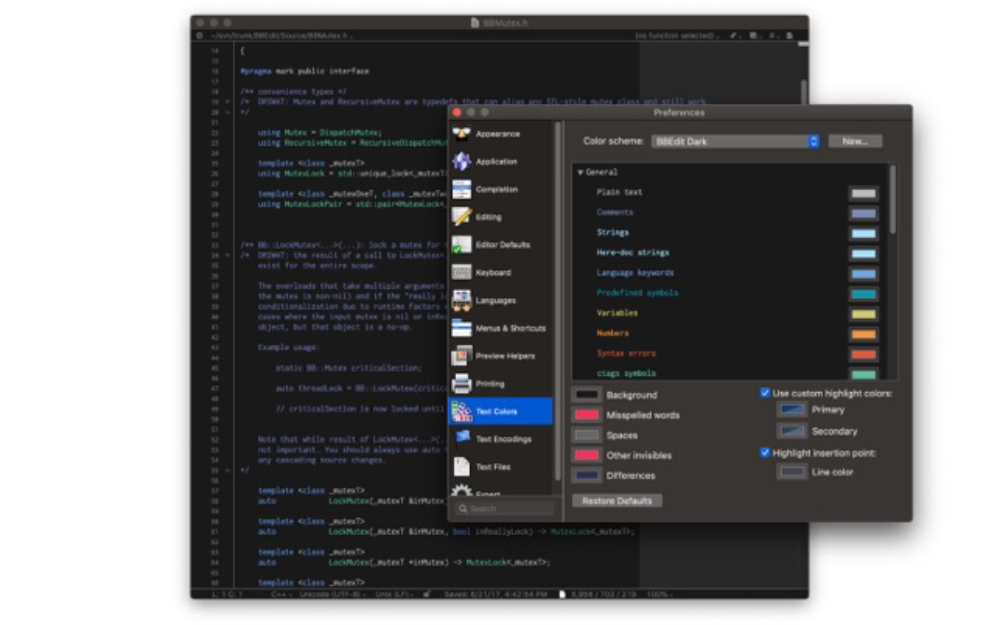 Bare Bones Software has released BBEdit 13.1, an update to its professional strength text and code editor. The upgrade brings back HTML Tidy and introduces an overhauled Preview feature, a new Run Unix Command command, and expands the array of supported Markdown variants.

Customers writing Markdown can now select a specific renderer for use in live previews and HTML exports. BBEdit 13.1 includes built-in renderers for CommonMark and “classic” Markdown; and can use Pandoc, MultiMarkdown, and GitHub-flavored CommonMark, if the customer has those installed. In order to serve any alternative needs, BBEdit 13.1 also provides an option to use a custom Unix command for Markdown-to-HTML conversion.

In addition, there are internal updates to the Preview in BBEdit feature for those who use BBEdit to create content in HTML and Markdown. A new Run Unix Command command provides a means to directly run one-off Unix commands for processing text within BBEdit.

BBEdit 13.1 also features a suite of markup utilities based on the “Tidy” suite of commands for HTML and XML, including reformatting, correcting simple errors, and checking Web accessibility. A demo is available for the first 30 days of use. At the end of the 30-day evaluation period, BBEdit will continue to run in Free Mode with a permanent feature set which includes its powerful editing capabilities, but not its web authoring tools or features. BBEdit’s exclusive features may be re-enabled at any time with a purchased license.