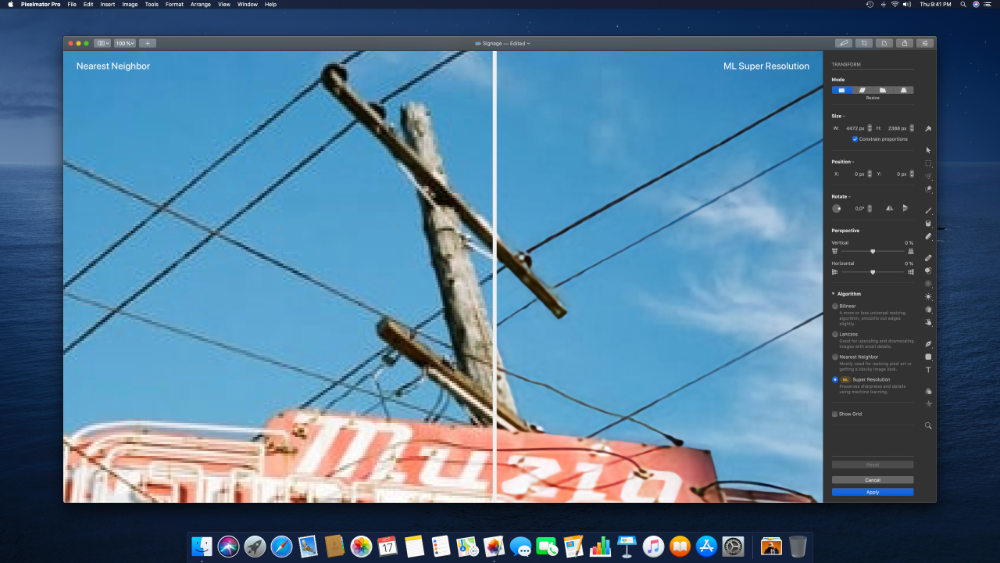 The Pixelmator Team has posted an update to Pixelmator Pro, its image editor for the Mac.

Pixelmator Pro 1.5.4 also brings improvements to ML Denoise, the AI-powered camera noise and image compression artifact removal tool. With the latest round of improvements, ML Denoise is between 2-4 times better at analyzing and removing image noise, according to the Pixelmator Pro gang.

Pixelmator Pro requires macOS 10.3 or later. It costs $39.99 and is available at the Mac App Store. Version 1.5.4 is a free update for registered users.