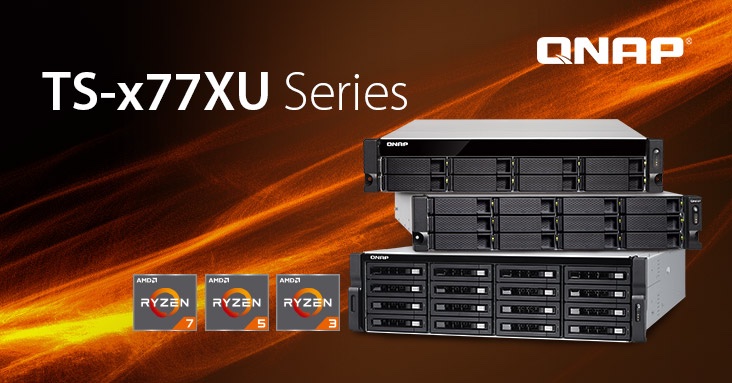 QNAP Systems has unveiled the TS-x77XU rackmount NAS series. This series features the 8-bay TS-877XU-RP, 12-bay TS-1277XU-RP, and 16-bay TS-1677XU-RP. Utilizing the AMD Ryzen processor family with high core/thread counts, the TS-x77XU series has been significantly boosted to meet the most-demanding virtualization needs of enterprises, according to David Tsao, director of product management of QNAP.

The multi-threading advantages of the TS-x77XU series are especially suited for virtualization, according to Tsao. The series is virtualization-ready for VMware, Citrix, and Windows Server 2016 environments with the support of iSER (iSCSI Extension for RDMA) thanks to built-in Mellanox ConnectX-4 SmartNICs.