Pay TV penetration to exceed 50% in next two years

The worldwide pay-TV market surpassed more than 900 million subscribers in 1Q 2015, representing 48% penetration—the market is likely to grow steadily over the next 5 years, mainly boosted by emerging markets, according to ABI Research (www.abiresearch.com). Half of the world’s households will have access to pay-TV service by 2017, representing 1 billion subscribers, notes the research group.

As pay-TV service providers experience increasing competition from alternative platforms such as OTT [over-the-top], ARPU [average revenue per user] continues to decline across the various platforms in many markets. Many of the operators have added OTT, multiscreen services, and on demand services in order to compete with OTT service providers. These services have contributed additional revenue to pay-TV operators as well as maintaining customer loyalty.

Competition is higher in more mature markets such as North America and Western Europe where pay-TV penetration is as high as 60% to 80% of households. A slower growth rate is expected to occur in such markets in the years to come. As broadband infrastructure development speeds up in Asia-Pacific, OTT players are starting to target the APAC market. Netflix announced its launch in Australia and New Zealand in March 2015, and possibly in Japan by the end of 2015. Singapore telco, Singtel is developing an OTT platform, HOOQ, to provide services in the Philippines and other markets in Asia-Pacific. The entrant of OTT services is likely to create higher competition in Asian-Pacific pay-TV market, although it could take a while to gain penetration in the region. 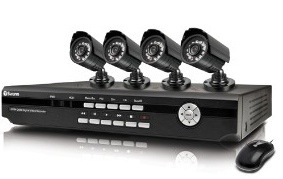