It’s too early to tell how much 3D TVs will take off — though it looks as if they’re shaping up to be a success over the long haul. And that means we’ll eventually see 3D supported on computer displays. But that’s likely to be a while.

While 3DTV has been the topic of much industry excitement and hockey stick adoption forecasts, recent research conducted by Strategy Analytics (http://www.strategyanalytics.com) suggests that it will remain very much an event-driven technology, attractive to a select group of consumers.

The survey, which polled 4,800 residents in the US, France, Germany, Italy and the United Kingdom, measured consumer interest in, understanding of, and willingness to pay for 3DTV services. Despite the fact that those who have seen cinematic 3D are largely impressed with its quality — 69% overall say they were “somewhat” or “very” impressed — translating those feelings into interest for a home-based service will prove difficult.

“Through our modeling and survey work, we have identified and isolated a group of consumers we believe to be most likely to actively view — and potentially pay for — 3DTV services,” says Ben Piper, service director and author of the report. “This group of individuals, whom we dub ‘Cube Tubers,’ represents between 8%-10% of the overall population.”

Cube Tubers were nearly twice as likely to express interest in receiving 3DTV programming at home, and were more likely to expect to pay a premium for the service.

“The excitement around 3DTV is real, and is well-deserved,” says David Mercer, vice president of Strategy Analytics’ Digital Consumer Practice. “However, it will be of limited appeal as a consumer offering in the short run. We think service providers should focus marketing dollars on the Cube Tubers, the market segment that will be most receptive the technology.”

The DisplaySearch research group (http://www.displaysearch.com) agrees, saying that 3D TV isn’t growing as fast as expected this year, but will become mainstream by 2014 with over 90 million units shipped. So maybe we’ll see that 3D iMac in another three or four years. 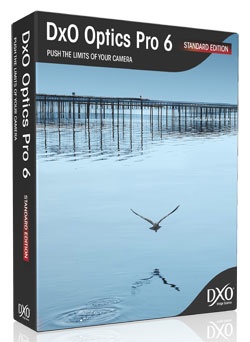