FileMaker Datagraph Widget, designed for anyone who can benefit from a
visual interpretation of their FileMaker 7 data, lets “Tiger” OS users get
bar graph views (up to five bars based on up to five fields of data) of
their database records. For example, a Tech Support Manager can instantly
check on customer service call transactions in real time (how many
customers currently being served and how many customer cases have been
closed) using the new FileMaker Datagraph Widget. With a glance at the
FileMaker Datagraph bar graph on the Tiger OS Dashboard, an Accounts
Payable clerk can immediately see the status of paid or unpaid invoices.

About FileMaker, Inc.
FileMaker Pro is used by millions of individuals and workgroups around the
world to be more productive and efficient. Business, education and
government customers rely on FileMaker to manage people, projects, images,
assets and other information. In addition to being the number one-selling
easy-to-use database software, the award-winning FileMaker product line
also includes low-cost Applications that automate basic business tasks,
ready-to-use Starter Solutions, and tools to create and share solutions
from the desktop to the web. FileMaker, Inc. is a subsidiary of Apple
Computer, Inc. (NASDAQ: AAPL). 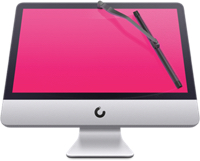 CleanMyMac revved to version 3, gets a Yosemite makeover