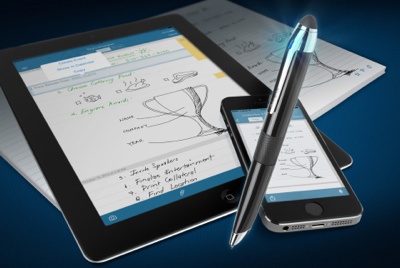 Livescribe’s Livescribe 3 smartpen, which lets you take handwritten notes useful on a tablet or smartphone, is a handy accessory for iPhone, iPad and iPod touch owners.

To use it you simply twist a ring on the black and chrome device to begin writing; their words and diagrams appear in the companion Livescribe+ mobile app for iPhone, iPad and iPod touch. The Livescribe 3 smarten lets you:

° Use the built-in microphones on a tablet or smartphone to create interactive “pencasts” that synchronize recorded audio with written notes;

° Add photos and text memos to notes to add context and communicate details;

The Livescribe 3 smartpen captures everything written on Livescribe paper as soon as it starts up, and then transfers that content to Livescribe+ when the app opens. This allows people to take notes with just a smartpen and notebook, and then do more with that information on their mobile device later.

Livescribe 3 is compatible with iOS devices that are Bluetooth Smart Ready, including the iPhone 4S or later, third-generation or later iPad, iPad Mini, and the fifth-generation iPod touch or newer. The free Livescribe+ mobile app is available from the Apple App Store for devices with iOS 7.

Priced at $199.95, the Livescribe 3 smartpen Pro Edition includes a leather smartpen portfolio with a 100-sheet hardbound journal, a one-year subscription to Evernote Premium, the charging cable and an additional ink cartridge. The smartpens are available for sale on Livescribe.com, Amazon, Paradise Pen, Apple.com and select Apple stores across the United States. The Livescribe 3 smartpen will also be available in Canada, Europe, Asia and other international markets. For more info go to http://www.livescribe.com/livescribe3 . 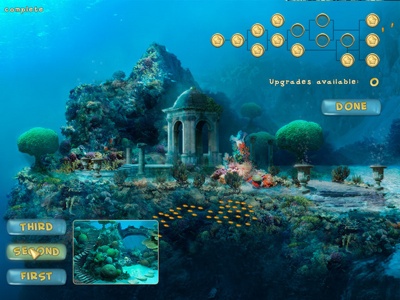 Deep Voyage is new puzzle game for the Mac