An U.S. government lawyer says Apple conspired with publishers to raise the price of e-books in a scheme costing consumers “hundreds of millions of dollars,”according to the “Brisbane Times” (http://tinyurl.com/kdeaavu). On Monday a three-week trial got under way before a federal judge in New York in a case pitting the Justice Department against Apple.

“Apple told publishers that Apple – and only Apple – could get prices up in their industry,” Lawrence Buterman, a lawyer at the Justice Department, said during opening arguments.

However, Orin Snyder, an attorney for Apple, described the case as “bizarre,” notes the “Brisbane Times. “Apple acted in its own business interests in negotiating deals with publishers in the run up to the debut of its iPad in January 2010. What the government wants to do is reverse engineer a conspiracy from a market effect.”

The brouhaha centers on Apple’s move to change the way that publishers charged for e-books as it prepared to introduce its first iPad in 2010. Traditionally, publishers sold books to retailers for roughly half of the recommended cover price.
Under that “wholesale model,” booksellers were then free to offer those books to customers for less than the cover price if they wished. 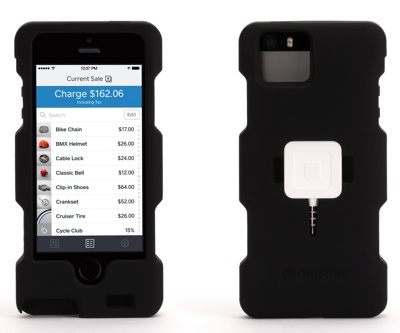 Square and Griffin team up for Merchant Case + Square Reader

Half of US info workers split time between office, remote locations