The Northern Spy: there’s no truth to the rumor that ….

There is no truth to the rumour

° That Apple has become a third bidder in the suddenly interesting battle to gain control of Dell. Michael Dell himself began the process by trying to take the company private under his own personal leadership, but has hit a roadblock in the form of a second suitor who would likely show him the door. Apple was said to be ready to close the company, wind up its affairs, turn the assets into cash, and give the money back to the shareholders.

That Apple intends to buy Sony, Sharp, Panasonic, and/or RIM out of petty cash. A far better bet is the acquisition of IBM. After all, Apple makes money from computing devices and software, whereas IBM makes most of its money showing business people how to use them. “No one needs to explain our devices to seven-year-olds, but there are people out there who need a helping hand,” said Apple’s manager of acquisitions. “A services company such as IBM has become would be a terrific fit.”

That Apple instead intends to purchase Cupertino. “After all,” declared an unnamed source, “it would speed up project approvals. Besides, we’re not sure there’s room here for anyone else once we finish building out. ‘Course, once we launch our new space station HQ into orbit, we could rebuild on the same property.”

That not only is skeuomorphism out now that Jony Ives is in charge of design, but Apple has decided to make their mass market lines consumer upgradable and repairable. “No more having to be a NASA technician to open up an iMac or iPad/Pod/Phone,” Ives was rumoured to have thought, “Customers will be able to increase memory, replace hard drives, and do routine upgrades themselves without any special tools. It’s long past time to quit modelling computers on quaint out-of date concepts like toasters, stereos, and epoxy-sealed automobile controllers. We need to open up our boxes to the ordinary Josephine. True, they will void the warranty when they do, but who cares about that kind of thing these days — except in Europe and Australia?”

That Hillary Rodham Clinton has left politics permanently because she is on tap by Apple’s board to understudy Tim Cook as CEO, with a view to replacing him in a few years. Apparently she feels it would be a better, more satisfying, and far more secure job than being President of the Excited States. “The finances are in better shape than Aunt Samantha’s, the products are first rate, the prospects for growth excellent, and the compensation package can’t be beat”, she is claimed to have told the interview committee.

That the next big thing from Apple is a wearable computer, not in the form of a watch but rather as underwear that monitors the owner’s vital signs, stress levels, and general health. The distributed, multi-threaded device could reportedly call the owners’ physician, psychiatrist, ambulance service, fire department (liar = pants on fire), or funeral home, as appropriate, on its built-in cell phone. Allegedly, the secret Cupertino lab that developed the prototype was told in a short, scant brief penned by iCook himself that “smarty pants” and “iBra liner” wouldn’t be taken seriously, and ordered to “return to the old drawing board” However, the general project is far from dead, and Apple is said to be in marketing talks with JC Penney for a 2014 takeoff. Nor would he allow the hardware to be incorporated into a toilet seat. “It’s undignified,” was his reply, in sitting on the idea.

(On the other hand, Cook has indeed killed the projects to incorporate iPod petas in the settings of rings and the fillings of molars. In respect of the former, the deal with Cracker Jack for an iCoder Ring fell through, while the latter had already chewed up too much money, incorporated too few bytes of memory, and the dentist co-developer was demanding his private company be amalgamated with Apple. (Source: Dr. Dobbs.) But on the gripping hand, Apple has apparently decided to re-introduce Classic in ML 10.8.4.

“We made a little boo-boo when we killed it off,” Cook said to an audience of the ACU (Association of California Undertakers). “After all there are System nine applications with more functionality than some of the OS X ones that have come out since. We feel we owe our developers this.” He went on to say that Modula-2 Release 10 was under consideration as the replacement language to Objective C for system 11, currently code named “Cool Cat”.)

That Apple’s release of a wicked fast Final Cut Pro not only anticipates the April introduction of the new, smaller, faster, Mac Pro (starts at 16G memory, 3T fusion drive, 3GHz 16-core processor, dual lightning, 10GHz net and USB-3 plus optional expansion chassis, the CPU in a box the size of a MacMini), but also presages Apple’s soon-to-be-announced merger with Disney and at least one other major studio. Oh, yes, and let’s not forget the pending takeover of a major telco, a cable provider, and a satellite launch facility. There’s no point in releasing the smart, ultra-high resolution TV due to be launched next fall unless both content and the infrastructure to deliver same are sewn up well in advance.

Tat Samsung executives are desperate to win a lawsuit against Apple because the loss of screen contracts with Cupertino has so seriously damaged the bottom line that the company is now in deep trouble and considering exiting the TV business. “Once Apple is in that one, we’re out. Let them have a flailing market. We make too much money copying their smartphones to be bothered with TV any more,” said the Spy’s source. “‘Course, we’ll sue them on the way out the door. General principles, you know.”

That IBM, regretting its own corporate exit from the PC business has decided to produce a tablet. It is said to come with an optional chicklet-style keyboard, and the Spy has it on reliable authority that the device will be called the called the PC Jr.

That Texas Instruments likewise will re-enter the computing market, also with a tablet. It comes with only four apps and has no Internet connectivity but is aggressively priced at $49. “We lost a few billion when we tried this once before,” opined the CTIO, “but things will be different this time. You’ll see”.

That Canadian Pacific is in takeover talks with Rogers. Said wunderkind $49M (first six months) CEO Hunter Harrison, “the company made a boo-boo when we sold off our communications business a few years back, so we’ve decided to buy it back for a hundred times as much.”

That ICANN plans to approve hundreds of new TLDs (top level domains) including .irrelevant, .useless, and .pointless. Said a spokesperson who cannot be named, “these TLDs will aggregate all the websites whose content no one ever reads. We’ll need at least three to begin with, but more are under consideration.”

That CIRA (Canadian Internet Registration Authority) will hold its next “meet and greet networking event” in the Aldergrove OAP (Old Age Pensioners) Hall. Said a spokesperson for the board: “It’s time to escape the downtown luxury hotel mindset and meet real people in the context of a real community. After all, developers, hosts, and domain sellers aren’t our real clients. Mom and Pop are.”

That Apple is in negotiations to purchase Cyprus out of bankruptcy using money already on deposit in that country’s banks.

That simultaneous April first sessions of the Parliaments of Great Britain and Canada, the French National Assembly, and the Congress of the Excited States will consider a joint bill its backers are confident of passing. The new legislation will repeal the law of averages and outlaw the bell curve in all four jurisdictions.

Said the Prime Minister of Canada, “Enough of mediocrity, Mr. Speaker. We shall have done with the melting pot, where only sludge ever rises to the top. It’s time people thought different, acted different, were different; time to allow, nay to encourage, people to excel or fail without fear of being cut down, levelled, confiscated, and otherwise bullied and made fun of for creating differential outcomes for themselves, whether low or high. We will celebrate both achievement and failure, not merely mediocrity. My government is determined to put an end to both successophobia and failophobia forever and to enshrine differentialism as a permanent fixture in our bill of rights.” On the other hand, Socialist parties in three countries and American Democrats were said to be appalled and vowed to oppose the bills. “All citizens are the same, and have a right to uniform mediocrity, identical outcomes,” replied one French opposition party member. “Maintenant donc ces trois choses demeurent: la liberté, l’égalité, et la fraternité, mais la plus grande de ces choses c’est l’égalité.” Later she was reported to have added, “Have they no bread? Let them use Macs.”

Opinions expressed here are entirely the author’s own, and no endorsement is implied by any community or organization to which he may be attached. Rick Sutcliffe, (a.k.a. The Northern Spy) is professor of Computing Science and Mathematics at Canada’s Trinity Western University. He has been involved as a member or consultant with the boards of several organizations, including in the corporate sector, and participated in industry standards at the national and international level. He is a long time technology author and has written two textbooks and six+ novels, one named best ePublished SF novel for 2003. His columns have appeared in numerous magazines and newspapers (paper and online), and he’s a regular speaker at churches, schools, academic meetings, and conferences. He and his wife Joyce have lived in the Aldergrove/Bradner area of BC since 1972.

URLs for items mentioned in this column
Modula-2 R10–see the link at: http://www.modula-2.com/ 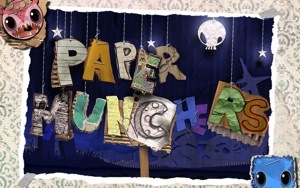