A new report from Juniper Research (www.juniperresearch.com) has found that advancements in entertainment head-units and higher smartphone penetration will result in app-capability reaching a fifth of all consumer vehicles in the developed markets of North America and Western Europe by 2017.

The success of new standards such as MirrorLink will be instrumental in creating the foundations for the connected car ecosystem to flourish, finds the report. Though Juniper Research also forecasts robust growth in more traditional embedded consumer telematics services, the success of smartphone tethering and in-vehicle apps is expected to exert downward pressure on the price of vehicle manufacturers’ own embedded telematics infotainment services.

The report notes that “big data” derived from telematics service provision is also likely to emerge as an unexpected revenue driver for telematics companies and automotive manufacturers.    ”Sky-high smartphone ownership and a standardized approach to integrating apps into the vehicle head-unit mean that the barriers to making the connected car a reality have all but gone,” says the report’s author, Anthony Cox.

The report notes that the only factor holding back even faster deployment of in-vehicle Internet will be slow growth in the new vehicle market itself in developed economies. Consolidation within the commercial fleet telematics space has yet to run its course, though ultimately global fleet telematics players are likely to emerge from today’s front-runners, according to Juniper Research.

Trials of V2V (vehicle to vehicle) and vehicle to infrastructure (V2I) are on-going in some markets, although wide-spread deployment remains a long way off
Insurance telematics is reaching the point of wide-scale deployment particularly in certain markets such as the US, Italy and the UK.

LG CEO: Apple HDTVs will use LCDs not OLEDs 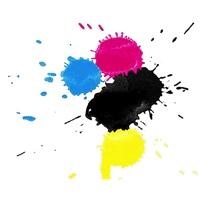