Instead of the ill-fated “Mac Genius” ads that debuted during the Olympics, then vanished into the void, perhaps Apple should do a TV spot promoting AirPlay Mirroring in Mac OS X 10.8 Mountain Lion. It could be a very attractive feature for a lot of folks.

According to a study by Parks Associates (www.parksassociates.com) 26% of all U.S. broadband households still connect a computer to their TV to enjoy locally stored or online content that’s only accessible through their desktop or laptop. Mountain Lion makes this a breeze to do.

Its AirPlay Mirroring feature lets you send what’s on your Mac screen to an HDTV wirelessly with an Apple TV. Mirroring is great for classrooms, conference rooms, and your living room. For example, I have almost all my DVD collection ripped to a 4TB external hard drive. If I want to start a movie on my Mac, I can, then zap it over to the large screen HD in the living room without connecting any wires or inserting any physical media. Very convenient.

The quality is very good, as well. AirPlay Mirroring sends a video stream automatically optimized for the HD capabilities of your Mac and Apple TV. It supports up to 1080p HD. When Mountain Lion detects an Apple TV on the same network, the AirPlay Mirroring menu item appears in the menu bar.

A lot of non-Mac users may not be aware of this. It’s time for some TV ads promoting the Mac and Mountain Lion; this would be a great place to start. Plus, there’d be the added benefit of piggybacking some Apple TV promotion along with Apple computers and the OS X operating system. It’s a win-win scenario. 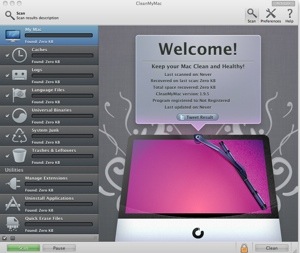 CleanMyMac will de-clutter, streamline your Mac