Animation Desk is new drawing tool for the Mac 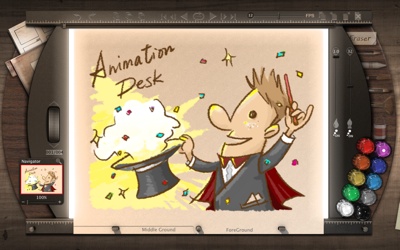 Kdan Mobile has released Animation Desk for Mac (http://macte.ch/lDzfd). The drawing app is available for US$6.99 at the Mac App Store.

Followed by the success of Animation Desk’s presence on iPads and iPhones, Animation Desk for Mac provides a clean and fully-featured setting for a drawing experience that allows the creation of animated arts. In addition to an interface for creating detailed character sketches, users can share their works via multiple social networking sites and Anizone, an exclusive sharing platform for Animation Desk users.

With the software, iOS users can import their animation works from an iPad and iPhone to a Mac. The goal “is to help everyone explore the full potential of their imagination,” says Kenny Su, CEO of Kdan Mobile.

Over one million units of Bento for iPad, iPhone, Mac shipped