“Vanity Fair” magazine (www.vanityfair.com) has published its 2012 “The New Establishment & The Powers That Be” list, which lists “the visionaries who are defining innovation” today. Apple CEO Tim Cook and design guru Jonathan Ive both make the list.

Here’s what “Vanity Fair” has to say about the dynamic duo: “The two longtime understudies have more than proved their mettle in the wake of Steve Jobs’s death: in August, Apple surpassed Microsoft as the most valuable company of all time, with a market cap of $621 billion. As C.E.O., Cook has presided over an increase of more than 50 percent in the company’s stock price since October. Ive, Apple’s design chief—whom Jobs gave ‘more operational power than anyone else at Apple except me’ — has seemed to channel his former boss in recent statements. ‘Our goal at Apple is absolutely not to make money,’ he said in July. ‘Our goal, and what makes us excited, is to make great products’.” 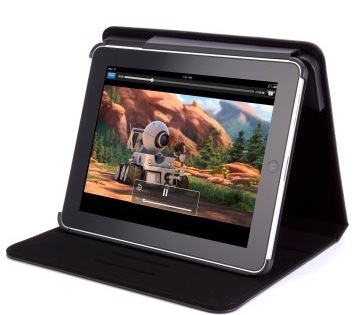 Speck introduces DustJacket for the iPad