Consumers prefer iOS and the Android OS and Apple iOS, currently the top two operating systems in the mobile industry, according to new data from Strategy Analytics (http://www.strategyanalytics.com).

Both are well established, staying current with the consumers’ needs and wants with respect to features, services and applications offered, and providing quality and popular applications — an aspect consumers look for when purchasing a new device. Consumers that prefer an easy to use and intuitive operating system like a closed platform, similar to iOS, finding the need to customize their devices relatively low, says Strategy Analytics.

However, consumers who like the ability to customize their device, don’t mind a bit of complexity and prefer having the choice of numerous applications, find an open market operating system, such as Android, more appealing, according to the research group. BlackBerry OS was seen as secure and reliable from a business perspective, but was viewed as less consumer friendly, and as having outdated hardware. Despite having a well-known brand in the computer industry, consumers were uncertain of Windows Phone as a mobile operating system.

“The size of the associated content and app ecosystem, and the perceived quality of the content within it are key factors in determining how consumers perceive different mobile operating systems and how strongly attached they are to their OS of choice,” says Taryn Tulay, analyst in the Strategy Analytics Wireless Device Lab (WDL), and report author. “Consumers find value in features and applications that are convenient, useful and used on a daily basis.”

“Most consumers are hesitant to switch operating systems with the fear of having to learn a new, unfamiliar operating system as well as the potential for loss of any data or content currently saved or downloaded to their device,” adds Paul Brown, a director in Strategy Analytics’ User Experience Practice (UEP). “As such, it is imperative for operating systems to offer an easy transition from one to another to obtain new users.” 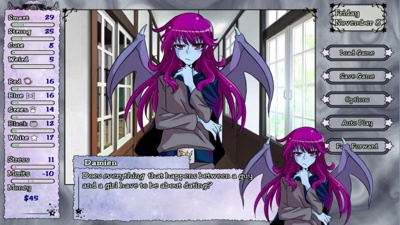 Magical Diary comes to the Macgamestore