In a rare, and quick, turnaround Apple says it made a mistake withdrawing its products from the EPEAT rating system, In an open letter (http://macte.ch/mOEh8), Senior Vice President of Hardware Engineering Bob Mansfield says the company is re-adding all eligible products to EPEAT.

Earlier this week Apple asked EPEAT (http://www.epeat.net), a government-backed, environmental rating that helps identify greener computers and other electronic equipment, to remove 39 desktops, laptops and monitors from the body’s list of environmentally friendly devices including legacy models that already hold the certification.

According to “engadget” (http://macte.ch/ehMCZ), Apple’s decision meant that many federal agencies might not be able to buy its products, since 95% of its electronics purchasing must conform to the EPEAT standard. What’s more, many educational institutions that require the certification would also need to opt out of Mac purchases, as well as large corporations like HSBC and Ford, the article adds.

Here’s the text from Mansfield’s letter: “We’ve recently heard from many loyal Apple customers who were disappointed to learn that we had removed our products from the EPEAT rating system. I recognize that this was a mistake. Starting today, all eligible Apple products are back on EPEAT.

“It’s important to know that our commitment to protecting the environment has never changed, and today it is as strong as ever. Apple makes the most environmentally responsible products in our industry. In fact, our engineering teams have worked incredibly hard over the years to make our products even more environmentally friendly, and much of our progress has come in areas not yet measured by EPEAT.

“For example, Apple led the industry in removing harmful toxins such as brominated flame retardants (BFRs) and polyvinyl chloride (PVC). We are the only company to comprehensively report greenhouse gas emissions for every product we make, taking into account the entire product lifecycle. And we’ve removed plastics wherever possible, in favor of materials that are more highly recyclable, more durable, more efficient and longer lasting.

“Perhaps most importantly, we make the most energy-efficient computers in the world and our entire product line exceeds the stringent ENERGY STAR 5.2 government standard. No one else in our industry can make that claim.

“We think the IEEE 1680.1 standard could be a much stronger force for protecting the environment if it were upgraded to include advancements like these. This standard, on which the EPEAT rating system is based, is an important measuring stick for our industry and its products.

“Our relationship with EPEAT has become stronger as a result of this experience, and we look forward to working with EPEAT as their rating system and the underlying IEEE 1680.1 standard evolve. Our team at Apple is dedicated to designing products that everyone can be proud to own and use.”

A full list of Apple’s EPEAT-rated products is available at http://macte.ch/MMOYJ .

EPEAT CEO Robert Frisbee has also posted an open letter (http://www.epeat.net/) about their relationship with Apple: “I am very happy to announce that all of Apple’s previously registered products, and a number of new products, are back on the EPEAT registry.  Apple has joined us in addressing these events in a message on their website.

“Our relationship with Apple is based on our natural alignment — as Apple drives innovation in product design, EPEAT drives innovation in standards design. EPEAT has pioneered voluntary standards, after-market verification, optional criteria and tiered product certification as ways to keep pace with a fast-paced industry.

“We look forward to Apple’s strong and creative thoughts on ongoing standards development. The outcome must reward new directions for both design and sustainability, simultaneously supporting the environment and the market for all manufacturers’ elegant and high-performance products.

“An interesting question for EPEAT is how to reward innovations that are not yet envisioned with standards that are fixed at a point in time. Diverse goals, optional points awarded for innovations not yet described, and flexibility within specified parameters to make this happen are all on the table in EPEAT stakeholder discussions. And of course, timely standards development, as with newly created Imaging Equipment and Television standards, and the current refresh of the PC/Display standard, is critical as well.

“Answers to these questions support all our subscribers, and lead to mutual benefit for all our purchasers.   And they led us to the path to our strengthened relationship with Apple.

“The team at EPEAT offers its sincere thanks to the stakeholders whose strong support ensures EPEAT standards and system success, and to Apple for reaffirming their commitment to the EPEAT idea.”

Finally, in response to Apple’s decision to reverse course and rejoin the EPEAT eco-label program, Casey Harrell, IT analyst for Greenpeace International released the following statement:

“We applaud Apple for ‘thinking green, not greedy’ and listening to its customers’ calls not to pit design needs against the environment. A large and growing number Apple customers have challenged the company to be an environmental leader, whether that be by rejoining EPEAT, eliminating toxic chemicals from its products, or powering its iCloud with renewable energy.

“We await more details that ensure that future versions of Apple’s computers will be built with easily removable, recyclable and upgradable parts, unlike the current MacBook Pro. These design changes would make for a greener Apple product.” 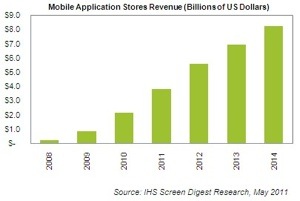