The downward spiral of the tablet market continued during the second quarter of 2017 (2Q17), according to preliminary data from the IDC research group (www.idc.com). Despite notable product launches like the new lower priced iPad and products from other top-tier vendors, worldwide shipments for tablets declined 3.4% year over year in 2Q17, reaching 37.9 million.

Apple positioned itself quite well during the quarter by consolidating its lineup and introducing two new iPads. The new iPad’s relatively low price point triggered some consumers to upgrade their aging devices and demand for this new tablet finally caused a turnaround for Apple’s iPad business. Meanwhile Apple’s transition towards detachable tablets continued with the launch of the 10.5-inch iPad Pro and a major update to iOS (expected later this year).

Once touted as the savior of the market, detachable tablets also declined in the second quarter as consumers waited in anticipation of product refreshes from high-profile vendors like Apple and Microsoft. However, with new product launches towards the end of the second quarter, the detachable market is expected to maintain a stronger position in the second half of the year.

“There’s been a resetting of expectations for detachables as competing convertible notebooks offered a convincing and familiar computing experience for many,” said Jitesh Ubrani, senior research analyst with IDC’s Worldwide Quarterly Mobile Device Trackers. “To date, the 2-in-1 market was bifurcated as Apple and Microsoft led with detachables while the PC vendors led with convertibles. Though that is slowly changing as smartphone vendors and traditional PC vendors begin to offer compelling alternatives, the pace has been rather slow as Surface and iPad Pro still dominate shelf space and mindshare.”

Market turmoil aside, three of the top five vendors managed to increase share and grow on an annual basis with price being the largest driving factor. However, these gains may be temporary as the replacement cycle of tablets is still long (closer to traditional PCs rather than smartphones) and first-time buyers have become a rare commodity. With downward pressure on pricing from big name brands, “whitebox” tablet vendors and smaller brands are starting to turn their attention away from tablets and IDC expects this trend to continue.

“The tablet market has essentially become a race to see if the burgeoning detachables category can grow fast enough to offset the long-term erosion of the slate market,” said Linn Huang, research director, Devices & Displays at IDC. “From that lens, the second quarter was a slight righting of the ship and there is still much to be hopeful about in the back half of 2017. New product launches from Microsoft and Apple are generally accompanied by subsequent quarters of inflated shipments, the reintroduction of Windows to the ARM platform could help remedy the aforementioned hollowing of the middle of the market, and we expect a proliferation of Chrome OS-based detachables in time for the holidays.” 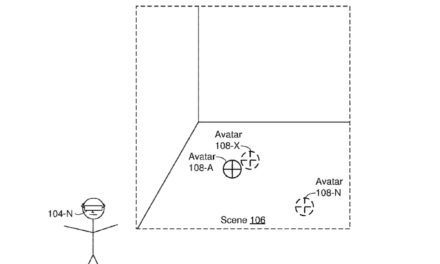 WSJ: Apple laptops among “finest around”