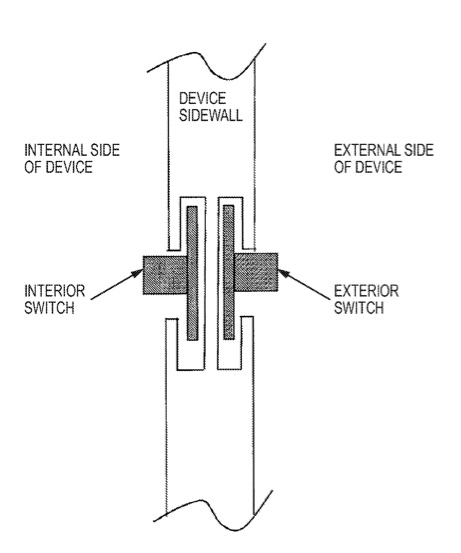 A new Apple patent (number 20120028480) has appeared at the U.S. Patent and Trademark Office. Among other things it would facilitate the assembly of Apple devices via programmable magnetic devices.

The patent involves alignment and connection for devices. relate generally to programmable magnetic devices, and more particularly to multi-part devices that may be joined or separated through programmable magnets. A plug or connector including a coded magnet and an electrical contact is disclosed.

Apple says it should be appreciated that the precise alignment and “homing” that may be achieved with appropriately configured pairs of correlated magnetic surfaces may provide useful functionality for precision assembly of devices. As one example, a laptop computer generally has precise tolerances and positions for all its constituent elements within the laptop chassis. If one element is misplaced, the laptop may not function properly or may not pass a final assembly inspection.

Continuing this example, each element to be placed within a laptop computer may have a coded magnetic surface with a unique magnetic code. A certain position within the laptop chassis may have the complementary or attracting coded magnetic surface. Thus, when the element is near that position, it may self-align at the position. Further, such alignment is not necessarily limited to lateral motion but may include rotational alignment as well. This precision alignment may facilitate construction or assembly of fault-intolerant devices.

Share monitor and keyboard between a laptop and desktop systems