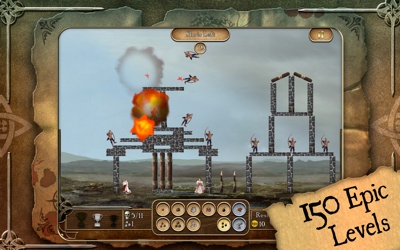 Selectsoft has released Castle Clout on the Mac App Store. It requires Mac OS X 10.6.6 or later and is on sale for US$2.99 for a limited time.

Here’s how the game is described: “Castle Clout features exciting trebuchet action combined with easy controls, a powerful build-and-share level editor, detailed graphics, and fun sound effects. Listen to the agonized cries of your defeated foes while you smash their castles to smithereens!

“Choose between classic click controls and precision directional aiming as you adjust your angle and ammo to maximize the damage you inflict. The exciting physics-based play is similar to popular slingshot games but takes expert timing and strategy to master.”

A Message from our Publisher