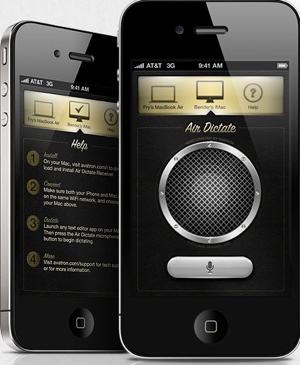 Avatron Software has unveiled Air Dictate, an app that enables Mac users to enter text onto their computers by by talking into an iPhone 4S.

It’s available at a special introductory price of US$0.99. Avatron says it’s the first developer to use its own user interface to enable Apple’s Siri technology to take dictation.

Apple expressly prohibits developers from using private application programming interfaces (APIs). And, there aren’t any public APIs enabling Siri to take dictation. Avatron programmers, independent of Apple, have devised codes that empower Siri to automatically convert speech spoken into an iPhone 4S into a Mac’s text field, just as if it was typed on the computer’s keyboard, says CEO Dave Howell.

“While Siri does what you say, until now it lacked the ability to take iPhone’s users’ speech and automatically convert it into text on Macs,” he says. “Air Dictate does exactly this, dramatically simplifying and speeding the inputting of text without a keyboard onto any Mac app accommodating text input such as TextEdit, Mail, Pages and Microsoft Word, simply by talking into an iPhone 4S.”

Howell says setting up Air Dictate is easy. Mac users need only log onto avatron.com/i, install the free Air Dictate Receiver app, and launch any text input app. iPhone users, after launching Air Dictate, choose their Mac from a list of nearby computers, press the microphone button to speak and again to stop. Siri, under Air Dictate’s command, will convert this speech into text, which will automatically appear on the Mac’s chosen text field.
Air Dictate, which in addition to an iPhone 4S requires a Mac running Mac OS X 10.6.8 or later, is the newest app from Avatron, the maker of Air Display, Air Sharing and Print Sharing. Each Avatron app is available in the iOS and Mac app stores. 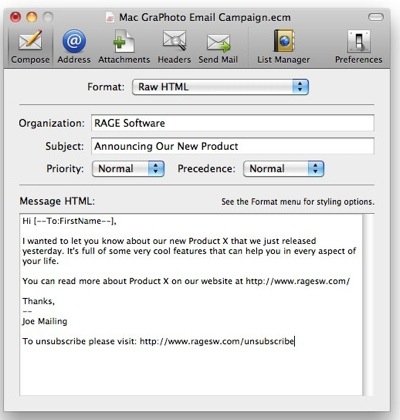