The company says this marks the first-to-market SAS/SATA adapter developed using the PCIe 3.0 specification, and is capable of speeds up to 8GB/s in a single PCIe slot, doubling the performance over existing HBAs. Currently offered to original equipment customers only, the ExpressSAS H6F0 will be available to the channel in the fourth quarter.

ATTO H6F0 GT HBAs are available with 16 external mini-SAS HD ports and are designed to support a dense and efficient connection to external storage from rack mount servers and workstations in data center, data warehousing, VOD and other high-availability, high-performance applications.  They are bolstered by Advanced Data Streaming (ADS), a proprietary technology that controls the acceleration of data transfers to move large amounts of data more efficiently.

The H6F0 GT supports up to 512 SAS/SATA drives and is compatible with existing PCIe 2.0 ports. The ATTO ExpressSAS H6F0 GT will be integrated into a live PLX/Avago demonstration at the SC11 Supercomputing event in Seattle, Washington, Nov. 14-17. Contact ATTO for pricing options. 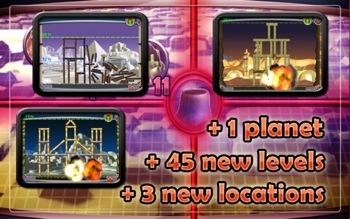 Harry Potter and the Chamber of Secrets demo available