Shutterstock Images has announced Shutterstock for iPad. The free app serves as a companion to Shutterstock.com, providing a mosaic search experience and access to a library of more than 16 million stock photos, vectors and illustrations.

Paragoni Apps has released Rhymulator 1.0, a universal writing and rhyming dictionary for iOS 5. Designed for songwriters, rappers, freestylers, poets, and writers who need a tool for finding rhyming words, the US$3.99 app uses advanced linguistics and technology to filter through over 1.5 million words to generate rhymes.

Starsman Games has unveiled Misu Misu Kaboom! 1.0 for iOS. The $1.99 game is a casual mini-platformer game designed for all ages and ready to be played on-the-go. It sports cartoony graphics and 90 levels of fun.

With “Audio City Guides. World Edition” Jourist Publishing House has published a taking travel guide to the 10 most popular destinations, from Barcelona to Paris to London. The app is normally $4.99, but it’s being offered at an introductory price of $0.99 though Nov. 6.

Kilaan has rolled out Pictonote app for the iPhone, iPad and iPod touch. The $0.99 is designed to assist users in organizing their photo albums. Not only will it time/date stamp your pictures, but also utilizes your iPhone GPS to add the location as well. In addition, Pictonote allows you to “SpeedShare” your pics to your favorite people or groups by programming a one touch button option.

James Shaw has delivered Pizza Finder 1.0 for the iPhone and iPod touch. The $0.99 app helps you find the nearest pizza restaurant.

JustKidsApps has given us the free bilingual (English and German) iPad picture book, “The adventurous journey of Bobik Bombastinov” by Swiss illustrator Viviane Dommann. It’s a humorous story about a felt bear.

Atidan has presented the SharePoint DocExplore for iPad, a $2.99 app to browse and search Microsoft SharePoint document libraries with a visual and collapsible tree view.

PS Ventures says their new universal app, Hourly Quiz for iOS is now available as a free download. It pits players across the world against each other in an hourly general knowledge quiz.

Heyalda Corp., in collaboration with David Welch, has unleashed Smash Turtle. In the $0.99 game, you must defend your baby turtle eggs until they hatch by using a bungee sling and your hard turtle shell to bash into enemies before they fly off with your eggs. 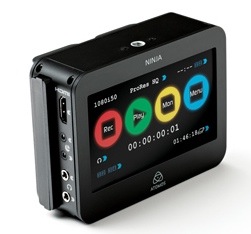 Enter the Ninja for Apple ProRes