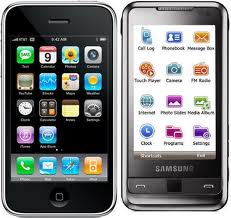 The Apple lawsuit against Samsung has taken an interesting turn, suggesting Samsung is ready to settle with Apple, behind the scenes. Samsung has just withdrawn its main counter-suit against Apple.

Apple sued Samsung for stealing the look and feel of both the iPhone and iPad devices and operating user interface. Indeed the pictures of Apple iPhones along side Samsungs recent Android entrys are so similar it is hard to tell them apart. There are numerous patents Apple cited including design elements that Samsung copied “lavishly”.

Just in the last few weeks the first of a number of lawsuits filed by Apple against every Android handset maker has begun to work through the courts and trade commissions. Samsung was perhaps the most bold of the copycats but not the last one in Apple’s sights.

Apple forced Samsung to submit its unreleased products for Apple’s lawyers to examine and then Samsung tried to turn the tables on Apple without success. Samsung used the most common of all defenses when you are sued, they counter sued. Now the reality is that Samsung sees the handwriting on the wall and wants to settle with Apple.

The chances of Apple licensing the look and feel of the iPhone and iPad with the underlying technology is just not in the cards. Samsung will eat millions of dollars of products they can’t legally sell and might well get out of the Android handset market. WIll they keep Apple as a customer for parts? That is hard to say. When Steve Jobs is angry he tends to take it out on someone. Rumors are that Apple is taking away the A5 Microprocessor business from Samsung and taking it elsewhere. Apple has the muscle to manipulate elecronic parts companies due to its seeming limitless demand for parts.