That makes sense. But I think an even better idea would be to break iTunes into different components as it is on iOS devices. The software has become too bloated.

When iTunes was launched in 1999, it was a simple music player with the ability to do MP3 conversions. Now iTunes houses music, movies, shows, podcasts and audiobooks. It’s the conduit to your iPhone, iPod and iPad. And it’s a link to an online store for buying media. iTunes is no longer a properly descriptive name. iMedia is a good one, but I’d prefer the “break it up” approach.

On my iPad there’s the Video app (for movies I’ve bought online and self-made videos), the iPod app (for all my music), iTunes (the online store) and the App Store (for buying apps). The iPod app also has music videos listed but it seems to me they should show up in the Video app.

It’s time for iTunes on the Mac to follow this pattern, but with some tweaks. iTunes would remain, but would be for music, podcasts and audio books. (This makes more sense — to me, at least — than the iOS approach of having iPod for music and iTunes for a store that includes much more than songs and albums). iVideo would be for movies.

By the way, Purdy also wants Apple to add iCloud compatibility to other platforms. Right now the upcoming iCloud will only work with Apple mobile devices, Macs and PCs. Purdy suggests adding support for Android, Blackberry and other platforms.

I don’t know if Apple will follow his iMedia suggestion or my thoughts of breaking up iTunes into components. But I’m 99.9% sure the company ain’t gonna add iCloud support to any mobile device that doesn’t run iOS. 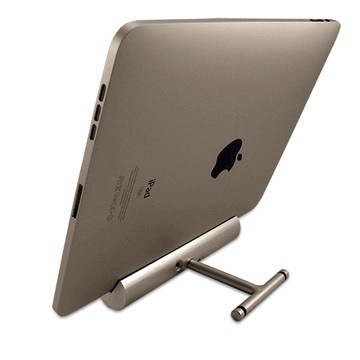