Robin Hood: The Legend of Sherwood comes to the Mac App Store 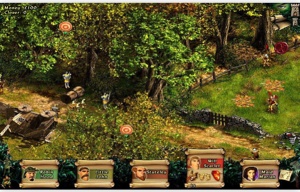 “Robin Hood: The Legend of Sherwood” is celebrating its return to the Macintosh with the release on the Mac App Store this week. It requires Mac OS X 10.6 or higher and costs US$19.99.

Here’s how the game is described; “Take on the role of Robin Hood and his Merry Men such as Little John, Will Scarlet or Friar Tuck and fight the Sheriff of Nottingham and Guy of Gisbourne in this real time strategy game. The story is introduced by an award-winning introduction and transfers you directly into the hero’s body with the first mission, in which you have to set the captive comrades free. Take up the battle against the oppressors and free the farmers from the Prince’s reign.”