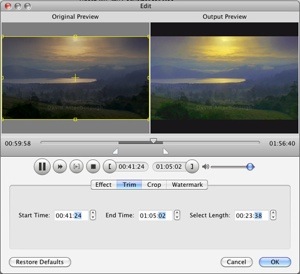 Tipard has released Blu-ray Converter for Mac, a versatile Mac Blu-ray ripper that can remove DRM protections from your Blu-ray disc. After that, users can easily convert any Blu-ray movie to a variety of video and audio formats on Mac.

You’ll be able to save the ripped Blu-ray movie in files that can be viewed on the iPad 2, iPhone, and other portable devices. In addition, with video editing functions, Blu-ray Converter for the Mac can help adjust brightness, saturation, contrast, hue and the volume for the output video. Users can trim or crop any source video and add a text or image watermark to videos to create personalized video.

Blu-ray Converter for the Mac requires an Intel-based Mac running Mac OS X 10.4 or higher. It costs US$50; a demo is available at the product web site (http://www.tipard.com/blu-ray-converter-for-mac).