Today’s rant is peripherally related to Apple since you can watch TV on your Macs and iOS devices — but it’s directed primarily to the head honchos of the TV networks, especially NBC, ABC, CBS and Fox.

A piece of advice, guys and gals: quit making your viewers angry. You can do this by not leaving them twisting in the wind when you cancel a show that thrives on “cliffhanger” appeal.

Recently, such serialized shows as “V,” “The Event” and “Chicago Code” were canned, so fans of such shows will never know how the storylines were supposed to be resolved. Sure, low rated shows will bite the dust; TV is a business. But it’s bad business to treat your “customers” shabbily.

Cancel a sitcom or a typical police procedural and there are few dangling plot-lines that will leave us crying, “What happened?” I enjoyed the goofing, charming “The Good Guys” and will miss it. Still, I won’t while away nights wondering what happened to the characters; I’ll just pretend they continued to fight crime successfully and lived happily ever after.

But, c’mon, TV execs: we were seeing aliens take over the earth on “V” and “The Event.” We want, and deserve, to know the end of the story. Frustrated fans of these shows join those of other cliffhanging series that left us hanging, including “Twin Peaks,” “Drive” and the overlooked classic, “Nowhere Man.”

Burn us enough and we won’t even bother to sample new serialized shows. So here’s what I propose: you launch this type of show and commit to giving the creators a two-hour movie to resolve the plot-lines if the show doesn’t make it.

This way fans will have closure. And you’ll have viewers more willing to sample your wares.

Remember: it’s stupid to bite the hand that feeds you. Or, in this case, which controls the remote. 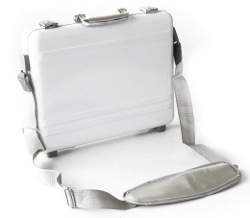 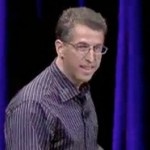