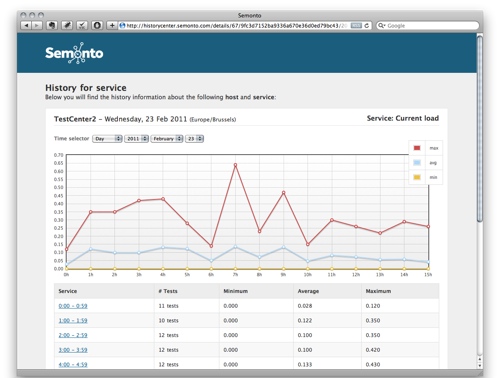 CodingMammoth (http://www.codingmammoth.com) has announced Semonto, their web-based server monitoring service that immediately notifies the user should any of their servers go off-line or display anomalous behavior. Notifications may be received via email, SMS, Twitter, Apple push notifications, etc.

Configured as Software as a Service (SAAS), the Semonto monitoring system requires neither any software be installed on the user’s server, nor any programs be running in the background that could affect server operation. Semonto has multiple test servers at various locations around the globe. Users can choose which test server is assigned to check their host.