New high tech products are sold, first at the hopeful high price the manufacturer would like to hold as the “suggested retail price.”. If the product sells like hotcakes at the high launch price point there is no reason to cut the price until the market is saturated. The market place is not kind to products that are not perceived as the best in their class. Why buy a Zune, for example, when you could buy an iPod for the same money?

Yesterday, blood was in the water again, as the realities of the market place — read that the great white shark called Apple — killed two more potentially competitive products.  I have dissed the Microsoft Vista 7 Mobile Phone platform as being just average, when exemplary had to happen. It didn’t. The ramifications for Microsoft are bleak indeed.  Microsoft’s aspirations for the mobile device market are over.

AT&T, in a move surely to be matched by other cell phone companies, cut the price of the new Vista 7 phones in a buy one, get one free special. Have you ever seen iPhones given away like that? Get real; that is very unlikely to happen. This while Microsoft proudly announced the combination of cell phone companies that took a big chance and manufactured phones that run Vista 7 had shipped 1.5 million Vista 7 Phones, so far.  When you consider it is six weeks from launch and the number of companies that produced Vista 7 phones, the shipped number isn’t so great after all.

Skewing the numbers are the fact that they gave 90,000 away to Microsoft staff members and the shipped statistics are not the gold standard. The number of products actually sold and activated is the number to compare with other products. How many Vista 7 Phones Microsoft gave away to staff members have been activated? When you compare the 1.5 million Vista 7 phones shipped in six weeks against 300,000 iPhone 4s that were activated the very first day they were sold, the contrast is clear. How many Vista 7 phones have been activated in total?

AT&T’s activation network commonly just about melts down when a new iPhone is launched.  Giving away smart phones so soon means only one thing in the cell phone business: get rid of the junk and don’t buy more. Vista 7 can be added to the long list of Microsoft failures.

Then, Dull Computer cut the price on their new “Streak” slate style computer within days of launch.  When you launch a new product on Dec. 9 and cut the price on Dec. 23, they must not be flying off the shelf.  The Dull Streak runs Android, and it the last best hope for Microsoft’s hardware partners since Redmond failed to produce anything to even come close to competing with Apple’s iOS platform. Google’s Android platform for slate computers may well be the only other show in town worth seeing. That does not mean slate computers sold at the same price point as iPad even stand a chance of being strong products.

The Windows Stuxnet Worm news from Iran has taken an interesting twist.. Working for Iran’s nuclear weapons industry is turning out to be very high risk occupation on a number of fronts. First, working with the most toxic material on the face of the Earth is very dangerous. You can get enough under your fingernail to kill 100 people. Then, mere suspicion of working for an enemy of Iran as a spy can get you “interrogated” by the Iranian police. Torture is finely tuned art in Iran. Then, enemy states can kill you on the way to work in heavy traffic by slapping a magnetic bomb on the door of your car, tuned to point the explosive force into your car. C4 explosive is nasty stuff.

Now, Iranian rebels have taken to abducting nuclear experts and holding them for ransom. One unfortunate soul, Sunni Baluchi, was captured near the entrance of a secret nuclear facility. His captors demanded the release of 200 individuals held in Iranian jails who advocate the overthrow of the Islamic Republic. The Iranian government has refused to release even one prisoner and figures Mr. Baluchi has already spilled his guts and revealed the names and functions of the other 50 engineers with whom he worked. Clearly, more such nuclear expert abductions are coming.

I think I would rather work at Microsoft. 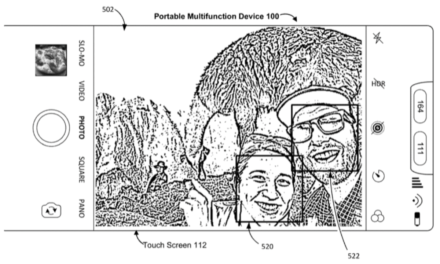