Microsoft Office 2011 has been released. It will come in two editions: the Mac Home and Student version and a Mac Home and Business offering.

The former includes the Word word-processing. The price is US$119 for a single license and $149 for a family pack that allows for installs on three Macs.

Microsoft Office for Mac Home and Business 2011 includes Word, PowerPoint, Excel, and Messenger, along with Outlook for the Mac. Outlook replaces Entourage as Office’s mail client and is one of the centerpiece changes of the 2011 edition of the productivity suite. The Home and Office edition will cost $199 for a single license and $279 for a multi-pack that allows two installs on two machines.

The MacBu previewed Office 2011 for Mac at February’s Macworld Conference & Trade Show. Based on user feedback, the upgrade is designed to simplify how people work together, according to the MacBU. The suite has new connections to Microsoft services so you can work together more effectively, an updated user interface making tasks easier, and essential compatibility to ensure your documents look the way you made them when shared, says Eric Wilfrid, MacBU general manager at Microsoft. There are over half a million Office users worldwide, according to the MacBU.

The new co-authoring tools in Office 2011 give folks the ability to work on a file from Word, PowerPoint or Excel1 from different locations, brainstorm ideas, and stay on the same page regardless of time, geography or platform. Co-authoring improves the processes of working together, removing the pain and frustration of multiple versions, lost edits, or even trying to set a time for the group to meet, says Wilfrid. With this new feature you can keep track of your team with the Presence Everywhere feature that gives real-time status updates on who is working on the document directly in the application.

Another big addition to the Office 2011 suite is a ribbon that’s at the core of the next-generation Office for Mac user experiences. The MacBU says it took user feedback and haven’t completely rearranged what you know and love, as the new design is an evolution of the Office 2008 Elements Gallery and uses the classic Mac menu and Standard Toolbar. You can even collapse the ribbon and the Toolbar for more screen space or for the more advanced users who rely on keyboard shortcuts.

“When you launch Office 2011, the standard toolbar and ribbon collectively represent the top 80% of the most commonly used feature,” says Han-Yi Shaw, lead program manager, MacBU. “And since the Office for Mac ribbon is a tab-based design, instead of showing you all of Office’s depth all at once, you get to choose what you’d like to expose. With the Standard Toolbar, you can perform any one of the most highly used New, Open, Save, Undo operations with a single mouse-click, without having to tunnel into a separate location or unveil another tab. Lastly, for the remaining least used 20% of functionality, it doesn’t clutter up the user interface and you can simply access them via the Mac OS X menu bar during that rare occasion when you them.”

The Office for Mac ribbon will be available across the suite. Along with the updated user interface and quick access to the Office Web Apps, the MacBU announced last August that Outlook for Mac is coming to Office 2011, replacing Entourage. Outlook for Mac is a new application that leverages the Exchange Web Services protocol and is being built using Cocoa, allowing for improved integration with the Mac OS.

Now the MacBUs says that Outlook for Mac will import .PST files from Outlook for Windows — a top customer request. In addition, as announced last year, Outlook for Mac features a file-based database with Spotlight search and back-up support from Time Machine. Outlook for Mac also provides Information Rights Management to help prevent sensitive information from being distributed to or read by people who don’t have your permission to access the content.

Also, VBA is returning to Office with version 2011 for the Mac. 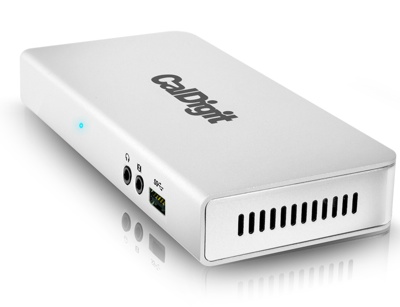