Pre-orders for the iPad start Friday, March 12, and at least two analysts are predicting the new device will fly off the shelves.

“I expect a surge going out the door,” Ezra Gottheil of Technology Business Research told “Computerworld” (http://www.computerworld.com/s/article/9166958/Apple_s_iPad_Will_it_sell_?source=rss_news). “There’s a group of Apple advocates that will queue up no matter what. Apple has the most effective branding in the industry, and these people think of themselves as acolytes, they do think of themselves as the ‘Mac’ in Apple’s ‘I’m a Mac’ ads.”

Marshall of BroadPoint AmTech added that the iPad “will definitely sell out in a matter of hours.” Saturday, April 3 is when the iPad will go on sale in the U.S. At least the Wi-Fi only version will; the Wi-Fi + 3G model will hit US store sleeves in late April. 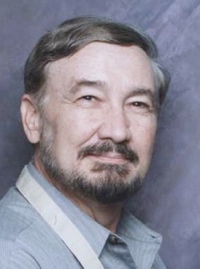 This Akvis app is Sketchy — in a great way

NAB: Lightworks coming on May 28