Is closer integration between the Mac OS X and iPhone OS in the future?

Will the day come when we’ll see closer integration between the iPhone OS and Mac OS X? Some folks think so.

But let’s back up. The iPhone OS is actually a derivative of Mac OS X. They share the Darwin foundation. Darwin is an open source POSIX-compliant computer OS released by Apple in 2000. It’s comprised of code developed by Apple, as well as code derived from NeXTSTEP, BSD, and other free software projects.

I would think it’s even possible that a device could run Mac OS X proper AND the iPhone OS. After all, Intel-based Macs already run iPhone OS for iPhone app developers.

So what’s in line for the operating systems down the road? Well, in a recent job posting, Apple advertised for a full-time engineering manager to work on the iPhone OS platform. Apple is looking for an engineer to focus on the iPhone OS’s underlying architecture who will work with teams focusing on hardware, software and custom silicon. The ad says the employee will will work on “a range of hardware platforms, including iPhone and iPod”. That suggests that Apple is looking to bring the iPhone OS to more devices. Those could include other mobile devices and probably the Apple TV.

As noted by “Infoworld” (http://www.infoworld.com/d/mobilize/apples-possible-plans-bringing-iphone-os-and-arm-new-devices-566), if the Apple TV moved to the iPhone OS, “it could be sold for free with a small cable TV-like subsidy and be no bigger than an Apple Airport Express” and “hen, it could be attached to the back of HDTVs like a power supply.” With the iPhone OS, it would instantly have access to 100,000-plus apps (though, as “Infoworld” notes, these might not easily translate to the TV platform) and the interface would be familiar to the millions of iPhone/iPod and iPad owners.

“InfoWorld” also thinks that the iPhone OS might pop up on a MacBook Air. “With Apple processors and iPhone OS, that price could be brought significantly down,” says “Infoworld.” “Most people use the MacBook Air for light Office applications, email, Web browsing and maybe a little Photoshop here and there. With iPad’s iWork office productivity apps, online editors getting better, and new apps on the horizon to fill in these shoes (and for the love of everything decent and holy, 3G), it wouldn’t be hard to see the MacBook Air going iPhone OS in two years either.”

It makes sense to me to see the Apple TV using the iPhone OS. But I’m dubious about the MacBook Air. In fact, if the iPad is as big a hit as I expect it to be, I think the days of the MB Air are numbered.

Also, some analysts — as noted by “Business Week” (http://www.businessweek.com/technology/content/feb2010/tc20100225_313033.htm) — think Apple may put the iPhone OS onto web-connected TVs and devices that help viewers watch 3D programming. Apple could also license the iPhone OS to outside cell-phone manufacturers, the article says.

I’d bet a large sum of money that the latter won’t happen. Apple doesn’t license Mac OS X, so why should it license iPhone OS? No, that ain’t gonna happen. Also, as I’ve said before, I can’t see Apple entering the TV set business. Though I can see the company building TV features into the iMac, as Sony has done with some of its Vaio desktops.

Now the big question: will future Macs run iPhone OS? Nope, not the mobile operating system. However, I expect to see Macs with more iPhone-like features as elements of Mac OS X and iPhone OS are merged.

Nick Bilton, writing for “The New York Times” (http://bits.blogs.nytimes.com/2010/02/25/why-cant-pcs-work-more-like-iphones/) thinks that Apple could use the iPhone interface as the basis for a new round of Apple computers. However, that’s not as easy as you might think.

A former senior Apple engineer, who spoke on the condition of anonymity because of confidentiality agreements signed while an employee, told Bilton that adding full multitouch to OS X would require a hefty redesign of many components in the code.

“It’s one thing to add multitouch to a few applications, implementing the ability to pinch and zoom from the trackpad on the laptop with the Preview application,” the engineer said. “But it’s a whole different story if you want to implement these technologies on the desktop, or globally on OS X.”

An easier approach, the Apple engineer indicated, would be to add the iPhone OS as a layer on top of Mac OS X, similar to Apple’s Front Row experience. And that is what I think we’ll see.

Another former Apple programmer Bilton consulted said theMac OS X is a “kludged mess of code from past operating systems.” The programmer added that if Apple could start over with the desktop OS, it “would take into consideration that Google’s Android OS is going to look and work almost exactly the same on computers and mobile phones, and it won’t have a desktop feel.”

If Apple were to adopt an iPhone-like OS for its computers, developers would have to build applications for only one platform, the programmer said told Bilton. “It’s like Apple has the opportunity for a do-over.”

I don’t think we’ll see a complete “do-over” (as Mac OS X seems to be doing pretty well, and Macs sales are up). But, as Bilton says, we may see a makeover.

And we may see it sooner than most folks think. 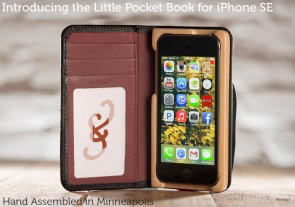