Amy Miller has released Oy! 1.0, an US$0.99 iPhone/iPod touch app that provides recorded exclamations of dismay for any occasion. It also lets users listen to 20 witticisms for many of life’s most common scenarios.

X Sigman Partners has announced TigerText for the iPhone and iPod touch. It allows users to send text messages that delete off of both the sender’s and receiver’s phone after a set period of time. Once a sender selects the text lifespan, expired text messages not only disappear from the phones, but aren’t stored on any server. According to the folks at X Sigman Parnters, they can’t be retrieved once expired; they are not legally discoverable; it is as if the messages never existed. TigerText costs $1.49 per month for 250 texts or $2.49 per month for an unlimited number of texts.

Infotect, has shipped MB AddressBook for the iPhone. Compared to the default app that comes with the Apple device. MB AddressBook purportedly offers a more iPhone-like experience, using CoverFlow and including transferring addresses and searching for telephone numbers. To commemorate the app’s launch, Infotect is offering MB AddressBook at a special price of $3.99 (the normal price is $7.99.

Logitech Images has shipped Visual Dx Mobile, a medical app for the iPhone and iPod touch. It’s a tool for professional visual diagnostic decision support. Current VisualDx subscribers can download VisualDx Mobile for free at the Apple App Store. Non-subscribers can request a free trial or purchase a VisualDx subscription in order to access the app.

Kyle T. Webster is offering White Lines 1.0 for the iPhone and iPod touch. Designed for all ages, the $0.99 game asks Players to redraw lines that travel across the screen in the same order and direction in which they originally appeared. The game begins with randomly generated sequences of two lines. As Players successfully complete 15 sequences, they advance to the next level, in which an additional line is added to each sequence.

Cortado has launched Cortado Workplace for the iPhone. With the free app, users have access to 1GB of online storage that’s located in the Cloud, allowing documents and files to be uploaded directly via the iPhone, or using a web browser from a Mac or PC, or via e-mail. Additionally, documents can be printed via Cloud Printing.

Ivanovich Games has released iBumpy Galaxy 1.0 for iPhone and iPod touch users. The game has 115 levels and is inspired by an 80’s video game called Bumpy. The iBumpy Galaxy first planet with 1-n levels is free. When a user has finished playing the first planet, they can make in-app purchases of the full game for $1.99 or buy packs for $0.99.

Ludia and FremantleMedia Enterprises (FME) have unveiled The Price Is Right 2010 for iPhone and iPod touch users. The $4.99 app is based on the longest-running game show in television history.

Schematic, a WPP company, has launched a free iPhone app for FreshDirect, New York City’s premier online grocer. It’s designed and developed by Schematic to allow FreshDirect customers to do all of their shopping directly from the Apple device.

TapFactory Apps has announced WebToolbox 1.1, an update of the $0.99 app for the iPhone and iPod touch that features over 70 tools for mobile Safari. Some of the tools include find in page, with over 20 search tools for searching sites such as Wikipedia, Google Images, Google News, Answers, Bing, AllMusic, Dictionary, Thesaurus, IMDB, Movie Times, Rotten Tomatoes, Bible Passages, and more.

App City has shipped Pocket Whip Unleashed 1.1 for the iPhone and iPod touch. The $0.99 app allows the user to record his or her own voice to interact with the whip. The user taps the record button and is prompted by a 3, 2, 1 beep countdown leader. This third version of Pocket Whip records and then automatically sequences the user’s voice alongside the built-in whipping sound effects. 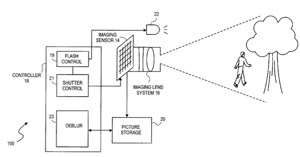 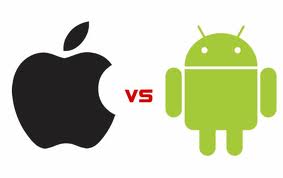