Powertraveller (http://www.powertraveller.com/) has released two new
“beasts”: the powergorilla, a portable charger for laptops and its
“mate,” the solargorilla, a solar panel capable of powering a laptop.

They’re available separately (for , respectively), but designed to be
using together if needed. S fully charged powergorilla will give
laptop users between 2-6 hours of extra power and over 20 hours on
various other devices including mobiles, iPods and hand-held game
consoles, according to Jerry Ranger, CEO and Head of R&D at
Powertraveller.
The powergorilla is capable of powering and charging laptops ranging
from 16V, 19V or 24V — just select which voltage is required and the
LCD screen will indicate which setting has been chosen. Included with
the powergorilla are 15 interchangeable tips for the most popular
laptop brands, as well as tips for the leading makes of mobile phones
and other hand-held digital gadgets.

The powergorilla offers the option to “daisy-chain” — while the
powergorilla is charging your laptop you can charge the powergorilla
from the mains power supply or from the solargorilla. Alternatively,
the powergorilla can power a laptop and recharge other digital
devices at the same time.

At the heart of the powergorilla beats a Lithium Polymer rechargeable
battery. The powergorilla can be charged either via the mains using
the included worldwide A/C mains charger (to fully charge, allow 5-6
hours) or direct from the sun via the solargorilla (six hours in
strong sunlight will charge a powergorilla by up to a half).

The solargorilla has a rubberized casing and is water resistant. It
has a 20V power socket out and standard 5V USB socket. The
solargorilla works via two PV (photovoltaic) solar panels that
generate electric current when exposed to light — the greater the UV
intensity, the greater the performance.
To charge the powergorilla or to power a laptop, open the two panels
of the solargorilla, expose to direct sunlight and connect to either
your laptop directly or to the powergorilla. The green LED on the
solargorilla indicates the strength of charge. 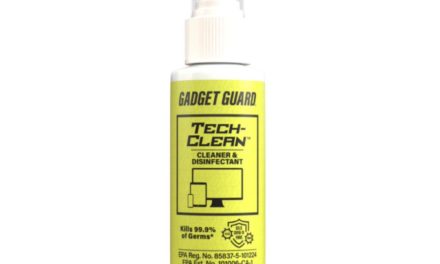