SRS Labs (http://www.srslabs.com) has announce the upcoming release
of two new products in the r iWOW family, making SRS’ audio solutions
available for the entire iTunes ecosystem — including the Mac, PC
and iPod. The first product is iWOW adaptor for iPod, an accessory
that attaches to iPods.

SRS iWOW adaptor for iPod is a premium audio adaptor that attaches to
the iPod. Utilizing patented SRS audio solutions, SRS iWOW for iPod
restores the audio cues that are buried in the original source
material so music and video files sound the way they were originally
meant to be heard on your iPod, according to Craig Marking, director
of Product Marketing for SRS Labs. With the simple push of the
button, users hear the difference in music, videos and podcasts, he
adds. SRS iWOW for iPod will work with all iPods featuring a 30-pin
connector, starting with the iPod classic, iPod nano 3G, and more. It
will be available in November for US$99.95.
The new version of iWOW software plug-in for the Mac and PC is built
upon the iWOW for Mac. It uses patented SRS technologies that restore
sonic fidelity to audio files, resulting in music and videos that
sound much more natural and detailed, Marking says.

“SRS iWOW plug-in provides full, 3D audio over any headphones,
desktop, laptop or monitor speakers, delivering immersive surround
sound,” he adds. “As a complete new retail boxed product, iWOW for
Mac and PC not only offers the flexibility of two software
applications in one package, but it also provides an all new,
aesthetically attractive user interface. The intuitive, high-end user
interface provides the ability to personalize acoustic preferences
with an array of music and video presets, like rock, classical, jazz,
blues, country and more. Users can now truly experience music, videos
and podcasts in iTunes the way the artists and directors intended
them to sound with SRS iWOW.”

SRS iWOW software package for Mac and PC will be available in
October. It will have a suggested retail prices of $79.95. 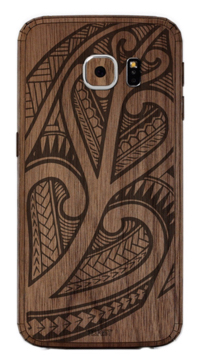