Typinator 3.0 now dockless – almost invisible, but always ready for use

With the new version, Typinator is no longer a regular application visible
in the dock and the application switcher, but rather a dockless
background-only application that is acting unobtrusively in the background.
A small icon in the menu bar gives quick access to Typinator’s main window.

A new search feature lets you instantly view only snippets that contain a
specified search string. Particularly users with many snippets will love
this feature. Typinator 3.0 also adds a number of further improvements.
Visit Ergonis Software’s website at http://www.ergonis.com/typinator to
learn more about all changes in the release and to download and try the new
version.

“When we initially designed Typinator, we decided to make it a regular
application, not a System Preference Pane, since this gives a wider scope
for a comfortable user interface, and it seems that our customers like the
resulting flexibility. However, it turned out that many users do not want
to see Typinator as a regular application visible in the dock and the
application switcher,” said Christoph Reichenberger, founder and CEO of
Ergonis Software. “I am therefore more than happy to announce that
Typinator 3.0 offers the best of both worlds. Typinator is now an invisible
background application that is visible only in form of a menu status item.
However, when you need to access Typinator’s functionality, it instantly
opens up a full-fledged application window with no limitations in size,
functionality, and comfort”.

Typinator is a powerful, yet elegantly simple solution that works across
all applications to detect specific sequences of typed characters and
automatically replace them with text snippets, graphics, URLs, dates and
special characters.

Availability and Pricing:
Typinator can be purchased securely on the Ergonis Software website. The
upgrade to Typinator 3.0 is free for anyone who purchased Typinator in the
last 2 years. For information about purchases, including enterprise
licenses, volume discounts, and upgrade pricing offers, visit the website
at http://www.ergonis.com/typinator

Ergonis Software develops ergonomic and intuitive software that boosts the
productivity of Mac and PC users. Ergonis Software, a privately held
company founded in 2002, is headquartered in Hagenberg, Austria.

Adobe CEO: Apple is both partner and competitor 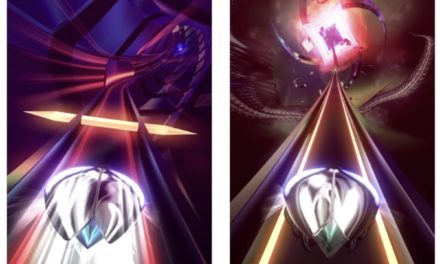