FmPro Script Diff – FmPro Script Diff compares, edits, searches and stores
FileMaker ScriptMaker scripts. Changed scripts are compared on a
line-by-line basis and displayed with color coded tags to the left of each
modified line. Interline changes are also highlighted to indicate Changed,
Added or Deleted text. Each script’s XML source can be manually edited or
updated via the Search & Replace feature, and pasted back into FileMaker
Advanced.

Transferring scripts between FileMaker Advanced and FmPro Script Diff is
accomplished by copying & pasting the scripts via the clipboard. No DDR
Export is required. The XML code representing each script is parsed,
converted to human-readable text and checked for errors. Each script is
stored in an embedded database within FmPro Script Diff. Selected scripts
can then be copied back onto the clipboard as XML for pasting back into
FileMaker or as RTF formatted text for project documentation. Each
attribute of the script definition is copied onto the clipboard, including
Script Name, Script ID, and Include in Menu status.

FmPro Script Diff improves productivity by helping FileMaker developers
answer questions such as:
What changes have been made to this ScriptMaker script?
Which scripts have been changed between two database revisions?
Which scripts were modified on a particular day?
Which scripts were modified by a specific developer?
Where is this global variable modified within each script of my solution?
Is this field used by any script in my solution (before I delete, modify or
reuse it)?
How can I find and change a text string, variable, fieldname or table
occurrence within dozens or even hundreds of scripts?

A functional demo version of FmPro Script Diff may be downloaded from
(http://www.fmproscriptdiff.com/downloads/demo_software/index.html#fmpro_script_diff_demo) 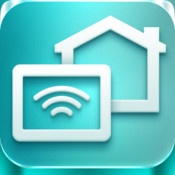