While some word processor applications provide auto-correction
capabilities, most Mac users work across many applications. They need
a consistent capability to auto-correct and expand text. Without
these capabilities, not only is productivity compromised, quality
suffers as errors eventually creep into repetitively entered
information.

Typinator is a powerful, yet elegantly simple solution that works
across all applications to detect specific sequences of typed
characters and automatically replace them with text, graphics, URLs,
dates and special characters. With just a couple of keystrokes, one
can insert a standard contract clause into a document, add a
signature graphic to an email or append a block of code to a program.
Users can also easily define commonly misspelled words so that
Typinator automatically corrects them.

Christoph Reichenberger, founder and CEO of Ergonis Software, stated,
“Everyone, from entry-level office workers to highly technical
specialists, needs increased cross-application productivity through
consistent auto-correction and typing automation capabilities. The
new “Whole Word” option makes it even easier to define exactly how
text replacements should occur, and we are proud that we could add
this new capability without compromising Typinator’s ease-of-use.”

Typinator 1.6 includes other improvements and user-requested
enhancements. Additionally, the release fixes problems reported in
previous versions. Visit Ergonis Software’s website at
http://www.ergonis.com/products/typinator to learn more about
specific enhancements and fixes contained in the release and to
download a trial version.

Availability and Pricing:
Typinator 1.6 requires Mac OS X 10.3.9 or newer.
Typinator can be purchased securely on the Ergonis Software website
for $19.99 (USD). The upgrade to
Typinator 1.6 is free for anyone who has purchased Typinator in the
last 2 years. For information about purchases, including enterprise
licenses, volume discounts, and upgrade pricing offers, visit the
website at http://www.ergonis.com/typinator. 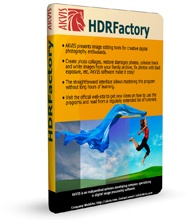