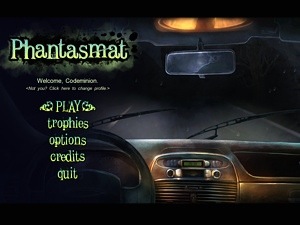 Codeminion has released Phantasmat Collector’s Edition 1.11 (http://phantasmat.com/), the latest version of their horror-adventure game on the Mac App Store. It costs US$19.99 and requires Mac OS X 10.6 or later.

Here’s how the game is described: “Combining compelling plot with hidden-object and match-3 mechanics, this game follows up with beautifully hand drawn art and AAA production values. The game immerses the player in the dark story of a sunken city and mysterious hotel still inhabited by its former citizens. Phantasmat marks the evolution of the adventure-horror genre in casual games.”

The Collector’s Edition features extra game content such as an additional hour of gameplay incorporated into the Epilogue. Players also get access to development materials, like concept art, character profiles and the official soundtrack by Rob Westwood. There are over 100 locations and puzzles.