Park City, Utah – July 10, 2006 — Chronos LC today announced the release
of SOHO Notes 5.5, a MAJOR update to its class-leading note manager for Mac
OS X. This new version makes it easier than ever for users to get organized
and bring harmony to their digital life.

* DockNote. DockNote slides out from the side of the screen and makes it
easy to get information into and out of SOHO Notes even when SOHO Notes
isn’t running. Users can simply drag rich text, images, pdf’s, web
archives, url’s, files, etc. to DockNote to have it added to their
collection of notes. DockNote also lets users paste the content from SOHO
Notes notes directly into other applications with a single click. As an
added bonus, DockNote records all activity to the system-wide clipboard so
users can go back and re-use information they previously copied to the
clipboard.

* Journal. Many users have been using SOHO Notes as a tool to write and
record their personal daily journal or diary. A new Journal folder makes it
easy to create and organize journal entries. New journal entries are
automatically titled and date-stamped.

* Full-Screen Editor. Notes can now be edited in a “focus-oriented”
full-screen mode which minimizes distractions. The background color, text
color, and zoom level can all be customized.

* Labels. A color-coded label such as “Travel” or “Work” can now be
assigned to any note to further help users organize notes beyond their
folder organization. The master list of labels can be fully customized.

* Flags. Notes can now be flagged and lists of flagged notes can be quickly
generated.

* Blogging. Notes can be posted as blog entries to most popular blogging
sites using the industry-standard ATOM blogging protocol. Users can thus
use SOHO Notes to author, manage, archive and then ultimately publish the
entries to their blog.

* Print to SOHO Notes from the Print dialog of any application even if SOHO
Notes isn’t running.

* A new Downloads window shows the progress of importing and converting
url’s to web archives.

* Content can now be imported by dragging to the SOHO Notes application
icon in the Mac OS X Dock.

For a detailed list of all the changes in this update visit the Chronos web
site at (http://www.chronosnet.com).

Chronos believes users should have the opportunity to try the software for
free before they purchase. A fully functional 30 day trial version can be
downloaded from Chronos’ web site at (http://www.chronosnet.com). SOHO
Notes has been attractively priced at $39.99 and is available directly from
Chronos. 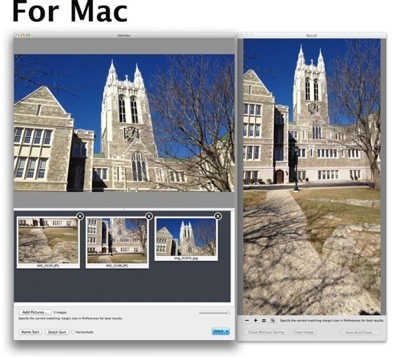