Emmy award-winning Toon Boom Animation and the French Animation Association (AFCA) have announced the launch of Animation Celebration, an animation contest for the Web, open to creative minds worldwide. The contest is open until September 20, 2006 and is calling for animated shorts that are two minutes or less based on the theme, “An unusual encounter”. A minimum of five movies and a maximum of 10 movies will be chosen and submitted to a public vote. The three movies that obtain the highest vote will be showcased online for a year on Toon Boom’s Web site. Movies will also be screened in Paris and Montreal during the evening celebrating the International Animation Celebration Day on October 28th, 2006. The three winners will also receive a copy of Toon Boom Solo. 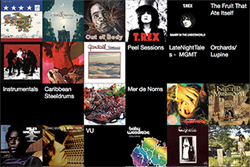 Turntable is new ‘real album’ app for the Mac

How to set up encrypted e-mail on OS X